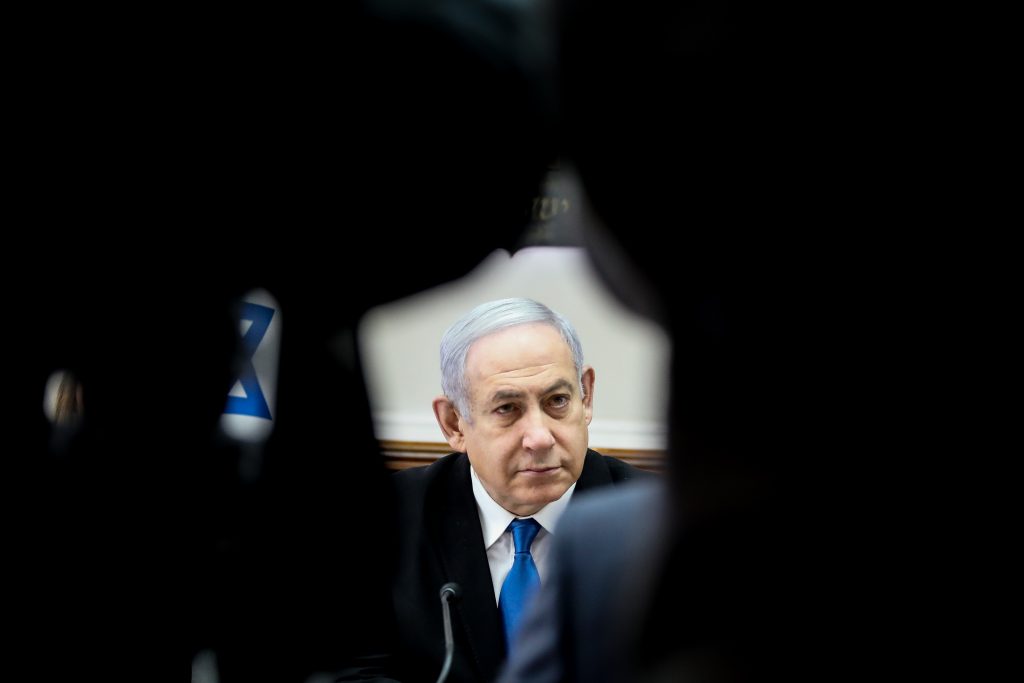 A deal that would secure a pardon from criminal prosecution in exchange for Israeli Prime Minister Binyamin Netanyahu‏‏’s resignation was being advanced on Wednesday.

President Reuven Rivlin, who has the authority to grant pardons, would consider doing so, Channel 12 reported Wednesday night, though Rivlin has made no public comment on it.

Netanyahu, who has until now declared his innocence of any wrongdoing, and has rejected the idea of such a pardon or a plea bargain, has not yet commented on the latest effort.

Various third parties are said to be supporting the proposal as a way out of the national political crisis, but no names are being mentioned in the reports.

Last month, a group of religious Zionist rabbis sent a letter to Rivlin suggesting a similar solution. They wrote, “We urge you to offer the prime minister a full pardon, while at the same time retiring from office.”

“Such a move, which does not include guilt or acquittal, seems to us the only way out of the strait we are under,” the rabbis said, according to Arutz Sheva.

Among the signatories were Har Etzion Rosh Yeshiva, Rabbi Ya’akov Madan, Rabbi Haim Navon, and Rabbi Amichai Gordin, as well as the secretary general of the religious kibbutz Amitai Porat.

Meanwhile, on Wednesday, Rivlin made yet another appeal for a unity government, which appeared to reach a dead end earlier in the week.

“I appeal to you Israel’s leaders,” said Rivlin. “You are conducting long, debilitating and futile negotiations for months — continually for your own sakes!”

Invoking the specter of another round of futile elections, he asked, “Why drag along with you the people of Israel? There is still time it can all be corrected — reach an agreement and put the state back on its path,” he said during a speech at a state memorial service for David Ben-Gurion.