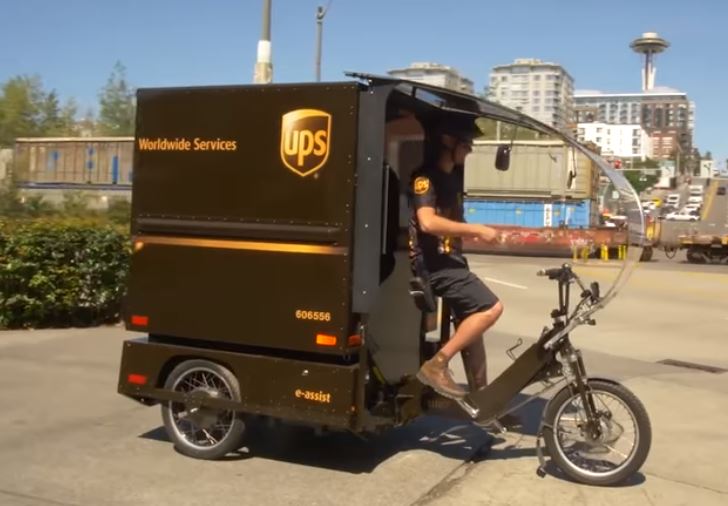 New York City is aiming to cut traffic congestion and pollution by replacing some delivery trucks with electric-powered cargo bikes.

“This is an exciting new program that will help cut congestion on our streets and speed up deliveries, all while reducing vehicle emissions,” said de Blasio, a Democrat.

Under the program, the cargo bikes operated by Amazon, UPS and DHL will be allowed to park in commercial loading areas typically reserved for trucks and vans. Smaller cargo bikes will be permitted to park on sidewalks as long as walkways are kept clear.

There will be a 12 mph speed limit for cargo bikes, which will be stored in company facilities overnight.

City Transportation Commissioner Polly Trottenberg said the initiative should enhance safety by taking trucks, which have been involved in a disproportionately high number of cyclist fatalities this year, off the streets.

Representatives of the delivery companies said cargo bikes have succeeded in reducing traffic and emissions in other cities and should prove popular in New York as well.

New York City officials said the number of bikes in the program could increase if the program is successful.