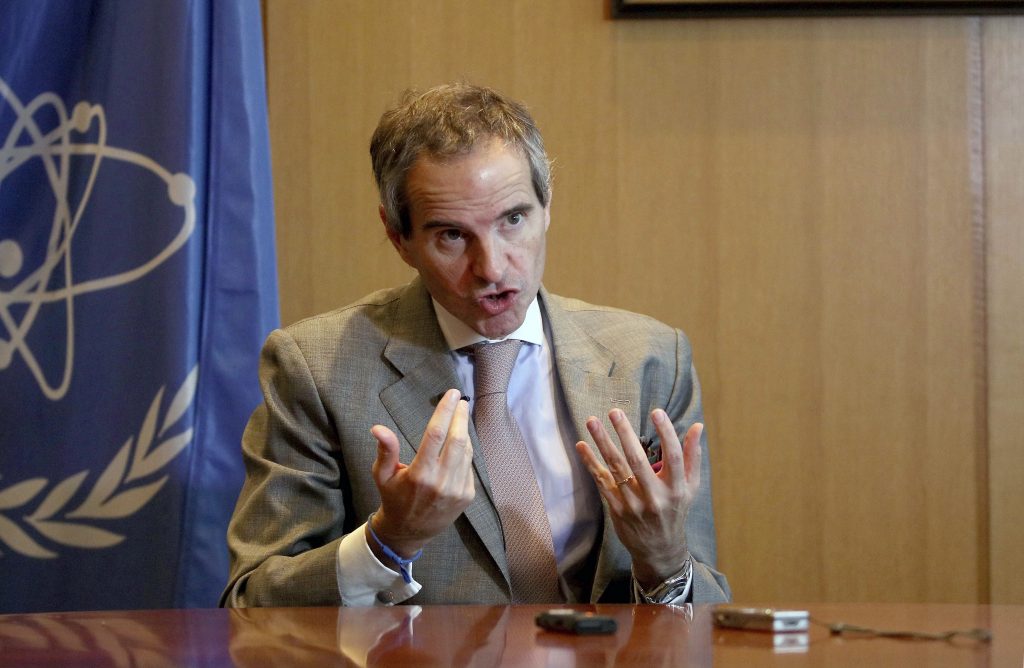 The United Nations’ atomic watchdog agency is still waiting for information from Iran on the discovery of uranium particles at a site near Tehran, the agency’s new director general told The Associated Press on Tuesday in an interview.

In his first day as head of the International Atomic Energy Agency, Rafael Grossi said that the organization has been “in conversation” with Iran about the discovery and that it is “not a closed matter.”

“The process continues,” he said. “We have so far not received an entirely satisfactory reply from them, but the exchanges continue.”

The U.S. and Israel had been pressing the IAEA for some time to look into the Turquzabad facility, which Prime Minister Binyamin Netanyahu described to the U.N. in 2018 as a “secret atomic warehouse.”

In November, the agency confirmed that its inspectors had found uranium of man-made origin “at a location in Iran not declared to the agency.”

Responding to criticism that the IAEA dragged its feet in the investigation, Grossi acknowledged that the matter is urgent because samples can degrade.

“The timely response to our questions is very important,” he added.

Grossi, a 58-year-old Argentine diplomat, succeeded Yukiya Amano, who died in July. He takes over for a four-year term at a time when the nuclear deal between Iran and world powers is unraveling.

The landmark 2015 deal known as the Joint Comprehensive Plan of Action promised Iran economic incentives in exchange for curbs on its nuclear program. The IAEA’s role has been to inspect and verify Iran’s compliance with the deal.

With the unilateral withdrawal of the United States from the agreement last year and the imposition of new American sanctions, Iran’s economy has struggled. So far, the other nations involved — France, Germany, Britain, China and Russia — have been unable to offset the effects, and Iran has slowly been violating the terms of the JCPOA.

Amid the economic discontent, many Iranians have taken to the streets recently to protest rising gasoline prices, and the Iranian government has cracked down violently, killing more than 200 people.

Despite the unrest, Grossi said his agency’s inspectors have still been able to carry out their work, and Iran has been providing access to nuclear facilities.

“There have been certain issues, but we have been working reasonably well,” Grossi said. “Necessary precautions are imposed because of the situation but we are working.”