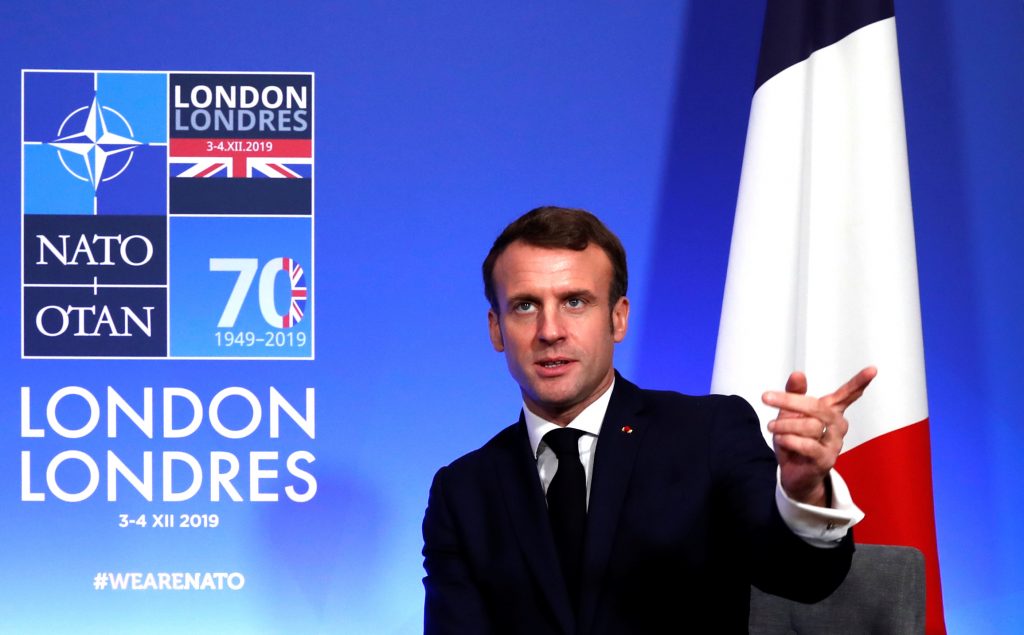 France and the European Union said on Tuesday they were ready to retaliate if U.S. President Donald Trump acted on a threat to impose duties of up to 100% on imports of champagne, handbags and other French products worth $2.4 billion.

The threat of punitive tariffs followed a U.S. government investigation that found a new digital services tax in France would harm U.S. technology companies, and will intensify a festering trade dispute between Europe and the United States.

In London for a NATO summit, Trump and French President Emmanuel Macron exchanged a tight-gripped handshake before both said they hoped they could smooth out their differences over the digital services tax.

“So it’s either gonna work out, or we’ll work out some mutually beneficial tax,” he said, referring to the levy threat. “And the tax will be substantial. I’m not sure it’s gonna come to that, but it might.”

The spat marks a new low in testy relations between Trump and Macron, who have been at odds over the American’s unilateralist approach to trade, climate change and Iran.

On Tuesday, U.S. Commerce Secretary Wilbur Ross said the French tax was a “very radical notion, putting a tax on revenues as opposed to a tax on earnings” and was aimed at raising French revenues to aid its budget deficits.

“Other countries would do better to try to develop their own technology, rather than to try to penalise American companies for their successes,” he told Reuters in New York, adding it was a “strange and maybe dangerous” practice to tax revenue rather than income.

Macron’s finance minister called the tariff threat unacceptable and said the EU was primed to respond if the United States imposed the new tariffs.

The European Commission, the EU executive, said the 28-nation EU would act as one and that the best place to settle disputes was at the World Trade Organization.

“I am determined to defend the interests of my country and of Europe,” Macron said, seated next to Trump.

The United States has already imposed 25% duties on French wine and cheese as part of its WTO-sanctioned response to illegal EU aircraft subsidies, a move exporters said would penalise U.S. consumers while severely hurting French producers.

France‘s 3% levy applies to revenue from digital services earned by companies with more than 25 million euros ($27.86 million) of revenues from France and 750 million euros worldwide.

An investigation by the U.S. Trade Representative’s office found the French tax was “inconsistent with prevailing principles of international tax policy”.

France is not alone in targeting big digital companies; a growing number of other countries are preparing their own taxes.

Governments, including Washington, are frustrated that big digital companies can book earnings in low-tax countries such as Ireland regardless of where the end client is.

France says it will drop its digital tax as soon as an agreement is found at the Organisation for Economic Cooperation and Development to overhaul decades-old international tax rules.