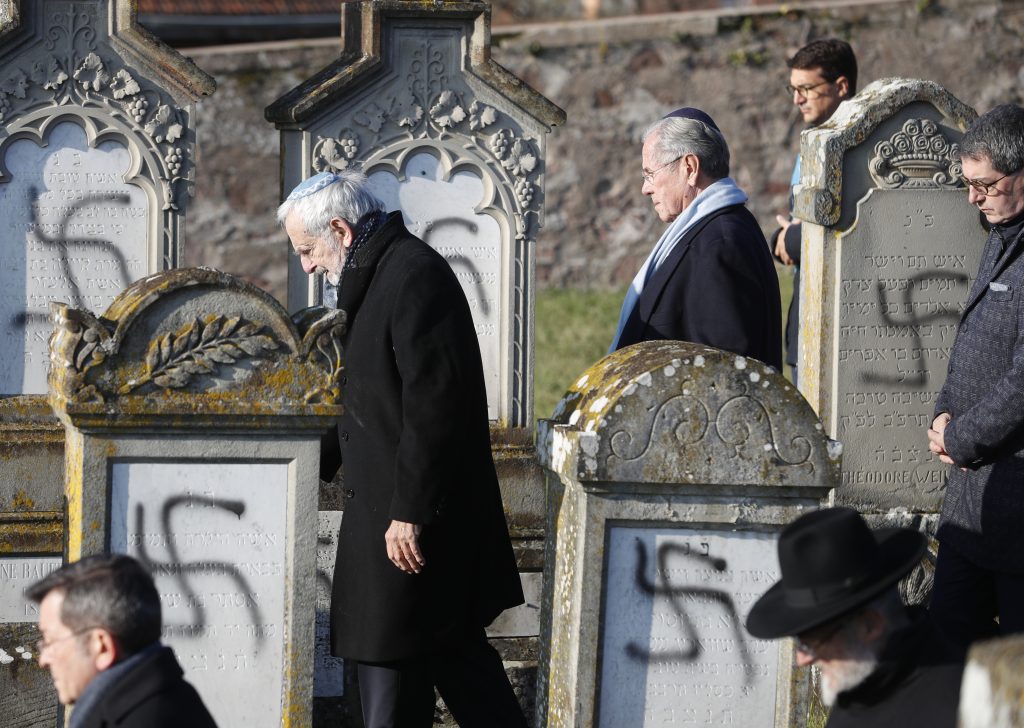 The French government is creating a national anti-hate crime office following the discovery of anti-Semitic graffiti at a Jewish cemetery in eastern France.

Interior Minister Christophe Castaner made the announcement Wednesday in the town of Westhoffen, where vandals scrawled swastikas and other anti-Semitic inscriptions on 107 tombs the day before.

Speaking alongside Jewish leaders, Castaner condemned the graffiti as a sign that “hate is on our national territory.”

“We must respect the right to believe,” he said.

A special police unit has begun investigating the incident, Castaner said, and the new national office will seek to fight hate crimes.

The graffiti marked the latest in a string of anti-Semitic acts in the Bas-Rhin region. Anti-Semitic graffiti was also discovered Tuesday in the eastern French village of Schaffhouse-sur-Zorn, authorities said.