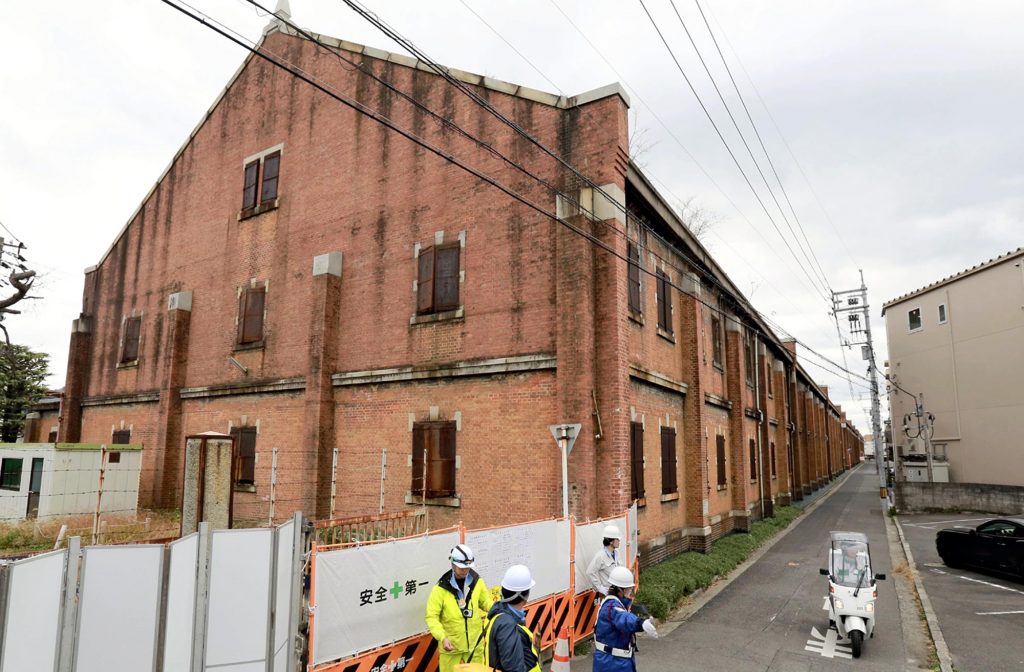 With the windows’ steel shutters distorted by the blast of the atomic bomb, the buildings have long conveyed the horror of the attack. However, as they have aged, it has become difficult to maintain and manage them.

The factory was built in 1913 and was used as a base for producing military uniforms and shoes. It is located 2.7 kilometers south-east of ground zero. Right after the atomic bombing, the factory was used as a temporary first aid station. Four three-story reinforced concrete buildings remain at the factory. Three of them belong to the prefectural government and the central government owns the fourth.

Studies carried out by the prefectural government have found the buildings are at risk of collapsing should there be an earthquake measuring upper 6 on the Japanese intensity scale of seven. Atomic bombing survivors have said that all the buildings should be preserved. However, since it is estimated to cost a hefty ¥8.4 billion to repair them, the prefectural government has decided to keep only the exterior of the building closest to ground zero.

The prefectural government is seeking to earmark about ¥800 million ($7.35 million) in the fiscal 2020 budget to carry out reinforcement work on the outer walls of the building, following discussions at the prefectural assembly.

The Hiroshima city government registers buildings that convey the suffering caused by the 1945 bombing. The number of registrations now totals 86, down by 12 from the end of fiscal 1996 when the number peaked.

“The cruelty of the atomic bombing can only be handed down by keeping [the buildings] the way they are,” said 89-year-old Iwao Nakanishi of Kure, Hiroshima Prefecture, who suffered in the attack on the factory. “I absolutely cannot accept demolishing [two of] them.”