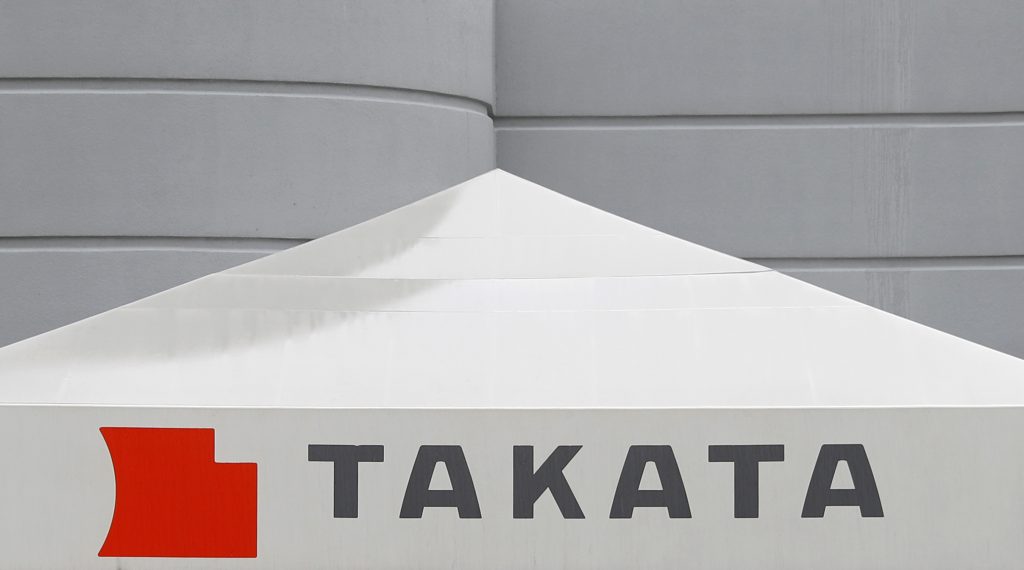 Takata Corp., the auto-parts supplier that went bankrupt after its air bags spurred the largest-ever recall, told U.S. safety regulators that another 1.4 million U.S. vehicles need to be repaired over a potentially deadly defect.

Inflator devices Takata supplied to five of the world’s biggest car manufacturers may absorb moisture that could either cause the air bag to rupture or under-inflate, according to a notice published on the National Highway Traffic Safety Administration’s website. The recall involves components produced from 1995 through 1999 and sold to Volkswagen AG’s Audi, Toyota Motor Corp., Honda Motor Co., BMW AG and Mitsubishi Motors Corp.

Takata supplied tens of millions of defective air-bag inflators for years that were prone to exploding in a crash and injuring or killing car occupants by spraying metal shards. The Japanese parts maker pleaded guilty as part of a $1 billion settlement with the U.S. Justice Department over its handling of the issue.

Past Takata recalls were blamed on its use of ammonium nitrate as a propellant used to inflate air bags. For its latest safety campaign, the company is citing a manufacturing issue that affected inflators that used a non-azide propellant.

The parts maker said it produced and sold 4.45 million of them globally during the time period covered by the recall. According to Takata’s safety recall report to the NHTSA, the number of inflators it produced for vehicles sold in the U.S. was “substantially smaller but is not precisely known at this time.” Because of the age of the potentially affected vehicles, only a portion remain in service, the company said.

Takata was purchased in April 2018 by a unit of China’s Ningbo Joyson Electronic Corp. and the combined unit was renamed Joyson Safety Systems.