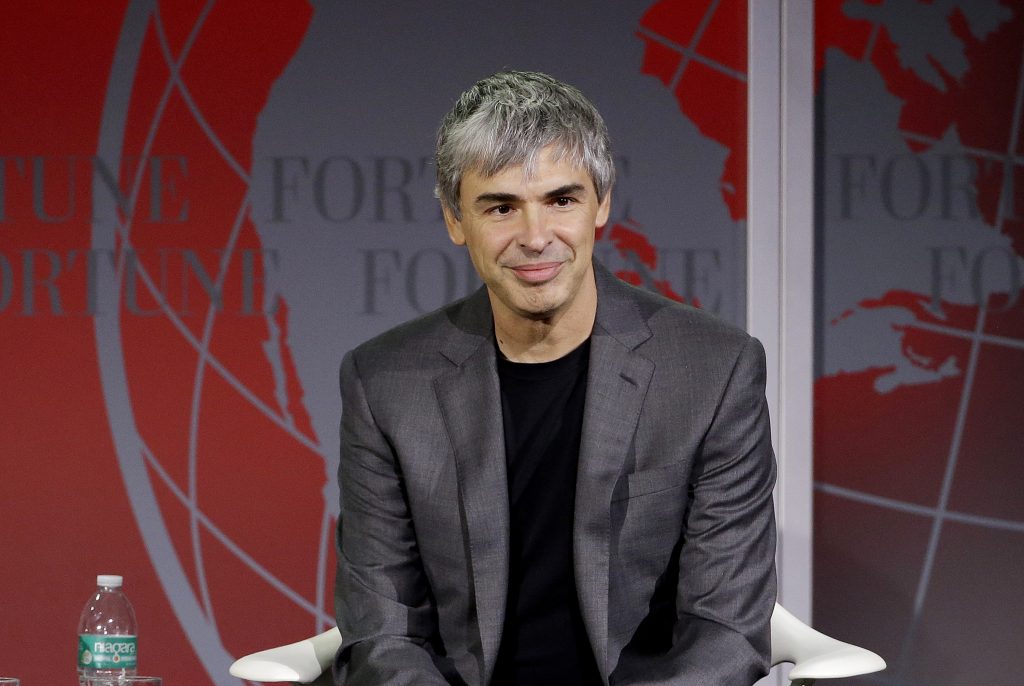 The co-founders of Google are stepping down as executives of its parent company, Alphabet, ending a remarkable two decades during which Larry Page and Sergey Brin shaped a startup born in a Silicon Valley garage into one of the world’s largest, most powerful — and, increasingly, most feared — firms in the world.

Sundar Pichai, who has been leading Google as CEO for more than four years, will stay in his role and also become CEO of Alphabet.

Page was Alphabet’s CEO, while Brin was its president. The president’s role at Alphabet is not being filled. Both founders promised they plan to stay actively involved as board members and shareholders and lauded Pichai for his leadership of Google.

Page and Brin, in announcing the news Tuesday, said the company has “evolved and matured” in the two decades since its founding.

Alphabet — an umbrella corporation that the two created in 2015 — still boasts Google as its central fixture and key moneymaker. But it’s also made up of what are known as “other bets,” or longshot projects. That includes drone company Wing and self-driving car firm Waymo.

Page and Brin both have been noticeably absent from Google events in the past year. Both stopped making appearances at the weekly question-and-answer sessions with employees, and Page didn’t attend this summer’s Alphabet shareholders meeting even though he was still in the CEO role.

Alphabet has been positioning Pichai as the de facto leader for quite some time — making him the top executive voice at shareholders meetings, on earnings call and as a spokesman at congressional hearings.

Pichai, 47, has worked at the company for 15 years, serving as a leader in projects to build the company’s Chrome browser and overseeing Android operating system. Pichai, who has an engineering background, took over as the head of Google’s products before being promoted to CEO when Alphabet was created. Pichai is known as a soft-spoken and respected manager.

Longtime tech analyst Tim Bajarin of Creative Strategies said that for all intents and purposes, Pichai has been the public face and the most instrumental person inside Google for the past few years.

“The most interesting question to me — does Sundar as CEO of Alphabet keep the day-to-day role he’s had in overseeing all of Google’s activities?” he said.

So far, the company has shown no signs that it intends to replace Sundar at Google. But Bajarin said that might make sense, given that Pichai will have so much on his plate as CEO of the overall business, including regulatory pressures from the U.S. and Europe.

Google is facing strong pushback from privacy groups, which are concerned about the personal information that Google has collected on its users, mostly to target advertising. Google also faces complaints that it abuses its dominance in search and online advertising to push out rivals. Google is the subject of antitrust inquiries from Congress, the Department of Justice and a contingency of states in the U.S. and from European authorities. The company has also faced harsh criticism about the material on its sites — and was slapped with a $170 million fine because its video streaming site improperly collected personal data on children without their parents’ consent.

In the short term, Bajarin doesn’t expect much to change at the company. And if anything does, it will be due to government regulation — not the executive shuffle.

“This is kind of a natural flow of the two founders eventually stepping back completely,” Bajarin said. “We have seen that over and over in Silicon Valley.”

As for Page and Brin, Bajarin added, “keep in mind, they are not losing their title as billionaires, but they are changing their roles.”

Google has nearly doubled its headcount since Pichai took over as chief executive, growing from a company of 59,000 employees to 114,000 now.

Google’s stock increased less than 1% in after-hours trading after the news was announced.

Brin and Page met as Stanford University graduate students in 1995 and started the company soon after. What started as a way to catalog the growing internet has now become one of the most powerful companies in the world. Google dominates online search and digital advertising. It’s hard to make it through a whole day without using one of Google’s services — ranging from online tools to email, cloud computing systems, phones and smart speaker hardware.

Page dropped out of graduate school at Stanford to start Google and doesn’t have a business degree. He grew up in Michigan, where his late father, Carl, was a computer scientist and pioneer in artificial intelligence, and his mother taught computer programming. Page began working on personal computers when he was just 6 years old in 1979, when home computers were a rarity. The geeky impulses carried into his adulthood, leading him to once build an inkjet printer out of Legos.