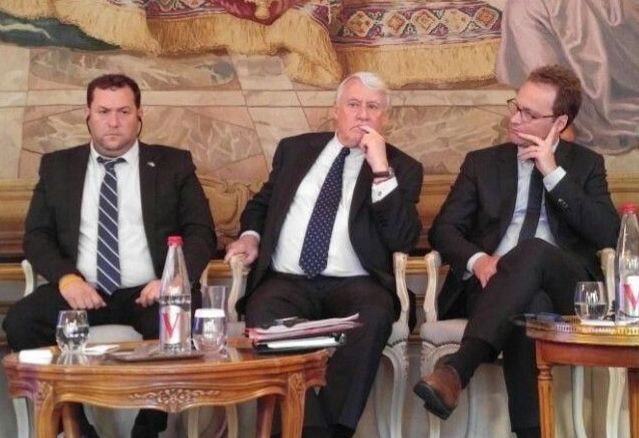 France, the nation of the Dreyfus Case, made a different kind of history on Tuesday, as its lower house of parliament passed a draft resolution that defines hate of Israel as a form of anti-Semitism.

By a vote of 154 to 74, the National Assembly approved the proposal, which also calls on the government to adopt the definition of anti-Semitism of the International Holocaust Remembrance Alliance. The United States, Germany, Britain and other countries have already adopted the IHRA definition.

The vote was preceded by an emotional debate, and after the measure had been voted down a number of times previously.

“For several years now, France, the whole of Europe, but also nearly all Western democracies, are facing a resurgence of antisemitism, probably unprecedented since the Second World War.

“Anti-Zionist acts can sometimes obscure anti-Semitic realities. Criticizing the very existence of Israel as a collective composed of Jewish citizens is tantamount to hatred towards the Jewish community as a whole; just like collectively holding Jews accountable for the policies of the Israeli authorities is an expression of antisemitism,” the introduction says.

Israeli Minister of Strategic Affairs Gilad Erdan was first Israeli minister to welcome the resolution’s passage. “Under cover of ‘political criticism’ of the State of Israel, anti-Semitic content is disseminated, poisoning discourse and denouncing Israel’s right to exist as a Jewish state,” he said. “I commend the French Parliament on its important decision that will aid in the fight against anti-Semitism that is rising in France and in Europe as a whole.”

“We expect, of course, to see practical steps from the French government against BDS figures and anti-Semitic activists who disseminate hate in France against Israel and Jews,” said Erdan, who also spearheads Israel’s fight against BDS.

Whether the measure will become law remains uncertain. Only a third of Macron’s ruling party voted for it. The Palestinian lobby has vociferously opposed it, on the grounds that being anti-Zionist is not to be equated with being anti-Jewish. Palestinians, they said in a petition this week, “oppose Zionism not because they hate Jews, but because they experience

Zionism as an oppressive political movement.”

Ahead of the vote French MP Meyer Habib gave an impassioned speech urging support for the resolution.

“French policy in the fight against anti-Semitism is a failure. There are outbreaks of anti-Semitic attacks. Twelve French people have been murdered for being Jews since 2003. Half of France’s racist acts have been committed against Jews, even though they account for less than one percent of the population. Faced with this urgent [problem], there have been a lot of speeches, but few acts,” Habib was quoted by Arutz Sheva as saying.

“Anti-Zionism has never been about criticizing Israeli policy. It is an obsessive demonization, the misuse of anti-racist and anti-colonial rhetoric for the purpose of depriving Jews of any national identity,” Habib continued.

“I worry about the Jews, but I’m mostly worried for France. It is an implicit sign: This demonization of the Jew and Israel has today become the hallmark of anyone who despises the system. Do I need to remind you of the yellow vests slogans? Macron = Rothschild = Zion, “Dirty Zionists,” “Go Back to Tel Aviv,” “Dirty Race.”

Habib called on his colleagues: “Wake up. Since Dreyfus, the fight against anti-Semitism has overlapped with the fight for the republic. That’s why the fight against anti-Zionism is not only a matter of interest to the Jews. It touches on the values ​​of the entire republic. To put anti-Zionism into the penal code. Today, there is a lack of political courage for that. However, this vote today is, I hope, a small step towards the future, towards hope.”

“Whatever your vote is, it will be a signal of what is to come,” Habib concluded.

The vote was taken on a day when vandals in eastern France scrawled anti-Semitic inscriptions, including swastikas spray-painted in black, on 107 tombs in a Jewish cemetery, according to an Associated Press report.

The attack targeted a cemetery in the town of Westhoffen, west of the city of Strasbourg. The inscriptions were discovered Tuesday.

Regional authorities said the vandalism was the latest in a wave of anti-Semitic, racist and anti-immigrant acts to hit the Bas-Rhin region in recent months and vowed to put an end to them.