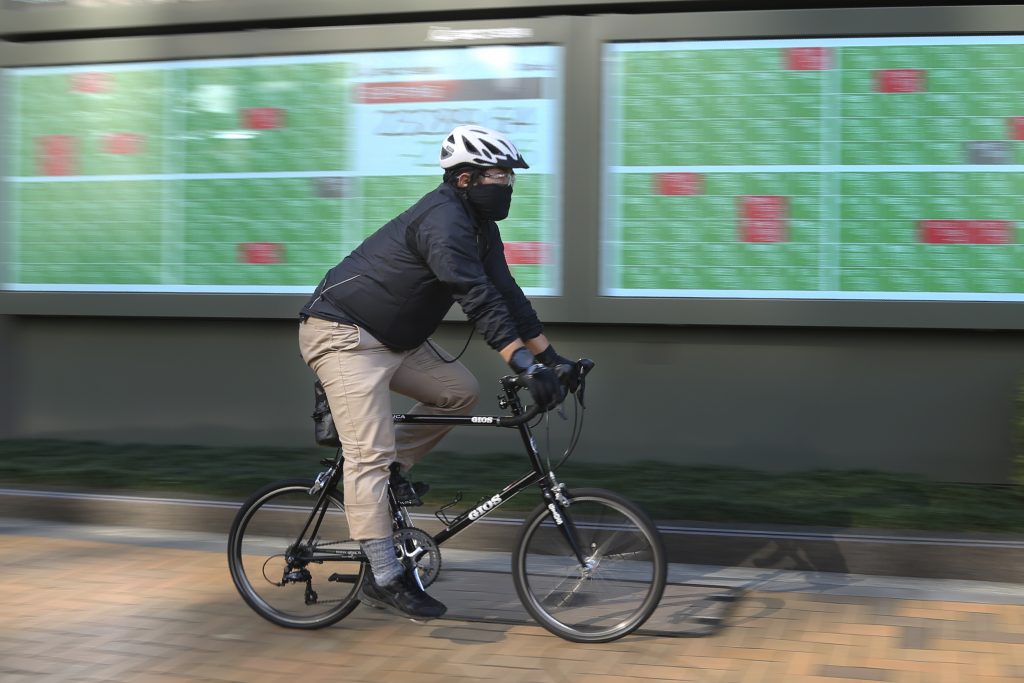 Technology companies led a broad slide for stocks on Wall Street on Monday, handing the market a downbeat start to the month after it notched strong gains in November.

Trade tensions flared after China retaliated for U.S. support of protesters in Hong Kong, putting investors in a selling mood. Asian regional markets are generally hurt by declines in trade and the slowdown in the Chinese economy that might cause.

Investors have been hoping that the world’s two biggest economies can make progress toward at least staving off new tariffs scheduled for Dec. 15 on $160 billion worth of Chinese products, including smartphones and laptops. The latest friction between Washington and Beijing could hamper that progress.

The negotiations to end the long-standing trade war could face a tougher path this month following the flareup over Hong Kong.

“Perhaps the market will now hold [back] the champagne corks that it has been popping for months now in expectation that all is well,” Rabobank said in a report.