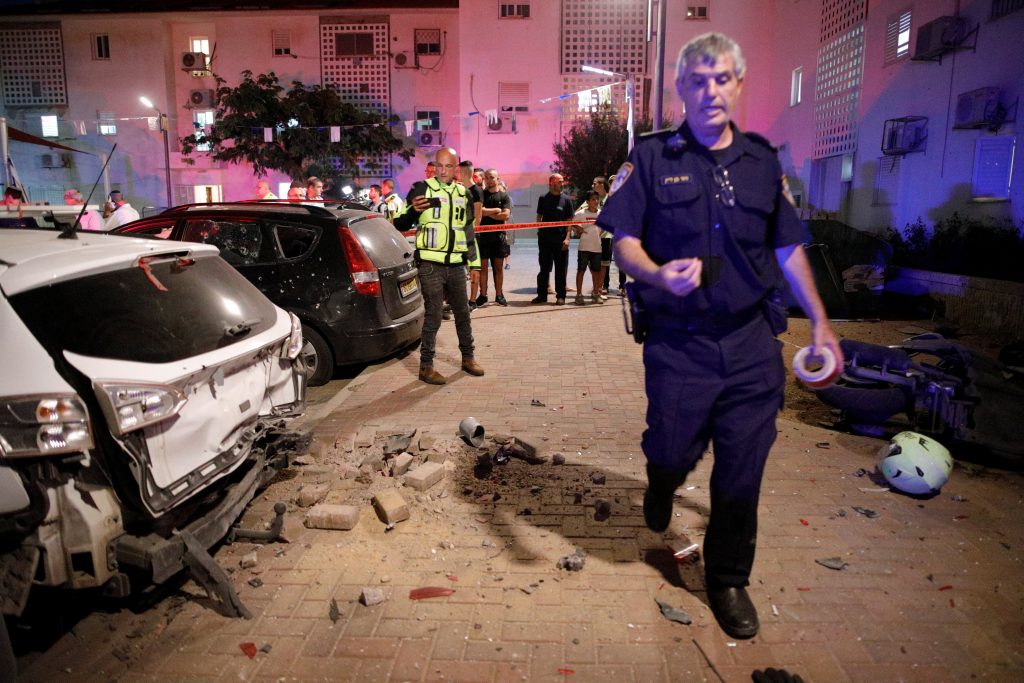 An indictment has been handed down against a resident of the northern Arab village of Dir Hana, for attempting to run down a police officer last week. The Arab, who had been suspected of holding illegal weapons, refused to leave his vehicle when he was surrounded by police in a parking lot in the village of Kfar Ma’ar, near his home village. Instead, the Arab driver put the car into gear and began speeding away, hitting an officer and then a police car.

After a short chase, police were able to catch and subdue the driver. The police officer was taken to a nearby hospital for treatment of a broken leg. Police are seeking to hold the driver until the completion of proceedings against him. Police are investigating whether to file terror-related charges against him as well.

In addition, soldiers seized tens of thousands of shekels in terror funds from homes in Arab villages in the Shomron. The funds were part of payments made by Hamas and the Palestinian Authority to the families of terrorists for committing terror acts against Israelis, officials said.

Soldiers also seized weapons in several villages in the Chevron area. Among the weapons were M-16 rifles. In a statement, the army said that such weapons were used in terror attacks as well as for criminal activity, and that security forces were determined to seize all weapons that were being held illegally by all people, in order to better protect all Israelis and residents of Palestinian Authority-controlled areas, who are also under threat by terrorists and criminals.