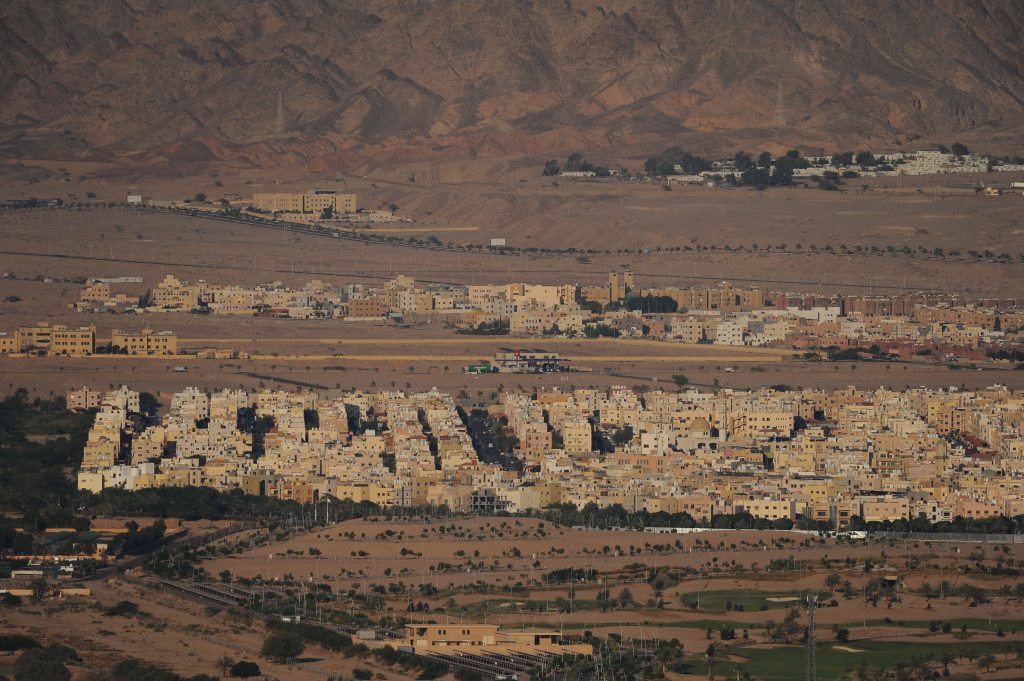 A large group of Israeli deputy mayors, mostly from religious and chareidi communities, were prevented from entering Jordan Tuesday morning – because some were wearing tzitzis. Entry would not be allowed until the tzitzis were removed, the members of the group were told. The Foreign Ministry said it was “examining” the incident.

The incident occurred at about 7:30 a.m., Yisrael Hayom reported, when the group gathered at the crossing point into Jordan at the border between Israel and Jordan east of Eilat. On the Jordanian side of the Gulf of Eilat is the city of Aqaba, with the Israeli group intending to visit Petra. Members of the delegation had been told in advance to wear hats or caps to hide their kippot – for security purposes, of course – but were shocked to discover that they were refused entry because some were wearing tzitzis.

The presence of the tzitzis set off the Jordanian security guards, witnesses told the newspaper. The guards forced all members of the group to go through a security check three times, and also forced all of them to remove their clothing. “They did this to all of us, even those who could not be suspected of wearing tzitzis – there were deputy mayors from Abu Ghosh and other Arab towns here,” one member of the delegation said. “The feeling was one of abuse and an effort to make us suffer. It appeared to be a strongly anti-Semitic act. All the other groups – Ukranians, Koreans, and more – went in without even one security check.

“There is supposed to be a peace agreement with Jordan, but I know of no other country where Jews are treated like this for their religious practices,” the delegation member told the newspaper. “The demand that we take off tzitzis in order to enter Jordan is nothing less than anti-Semitic, and another sign of how real the ‘peace’ we have with them is. I can only imagine how the Israeli Foreign Ministry would fall all over itself apologizing if something was done that was perceived to be anti-Christian or anti-Muslim,” he added.