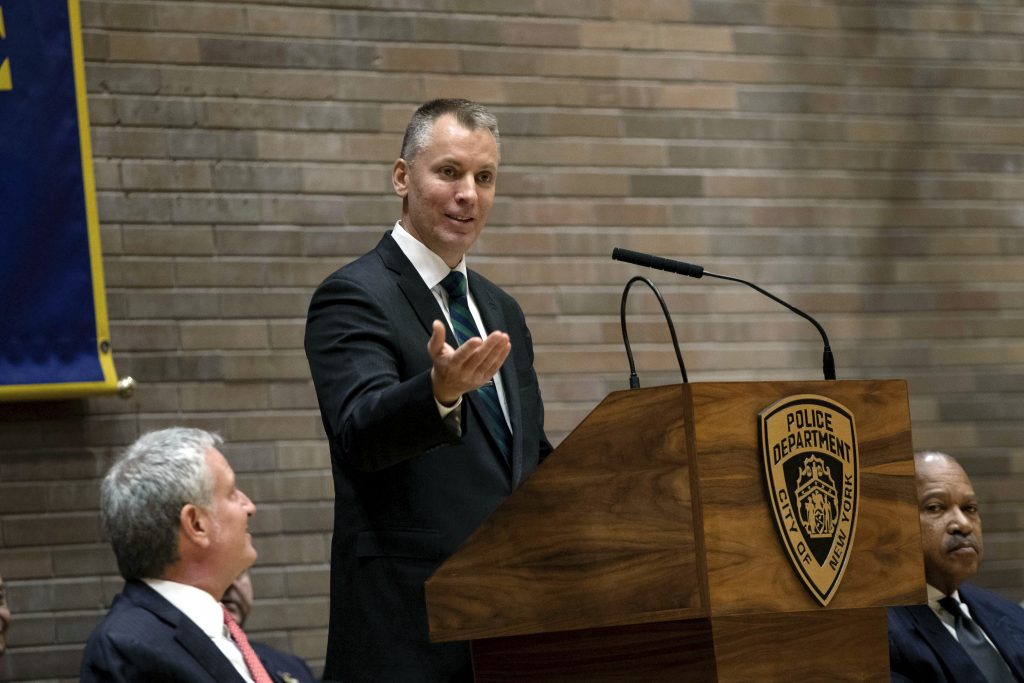 New York City’s newly sworn-in police commissioner has told the force he wants to change a media-driven misperception that officers and the communities they patrol have a bad relationship.

Dermot Shea took the oath from Mayor Bill de Blasio on Monday at a police headquarters ceremony. His mother Ellen and wife Serena and their three children looked on, along with a room full of dignitaries and police officials.

They included former Commissioner William Bratton, but not Shea’s predecessor, James O’Neill, who was traveling to the west coast to start a job Monday as Visa Inc.’s head of global security after three years as police commissioner.

During the public ceremony, Shea, a statistical whiz who rose through the ranks from patrol officer and was most recently the chief of detectives, called it “truly humbling” to be named the 44th commissioner of “the greatest police department in the world.”

In a letter to officers, Shea said he was frustrated that residents’ positive sentiments are not often reflected in news coverage of the nation’s largest police department.

“The vast majority of people I talk to in our communities are incredibly supportive of you, but then I see a news story that paints the police in a different light,” Shea wrote. “That narrative needs to be changed. And together, we’re going to change it.”

De Blasio, a Democrat, echoed Shea’s news media criticism during Monday’s ceremony, saying stories he sees on the city’s news stations and in the newspapers inaccurately portray the city and its police force as “stuck in its past.”

Some residents remain frustrated with the police, including over a recent spate of deadly shootings by officers and lingering mistrust from the prolonged disciplinary process for an officer who placed Eric Garner in a deadly chokehold in 2014.