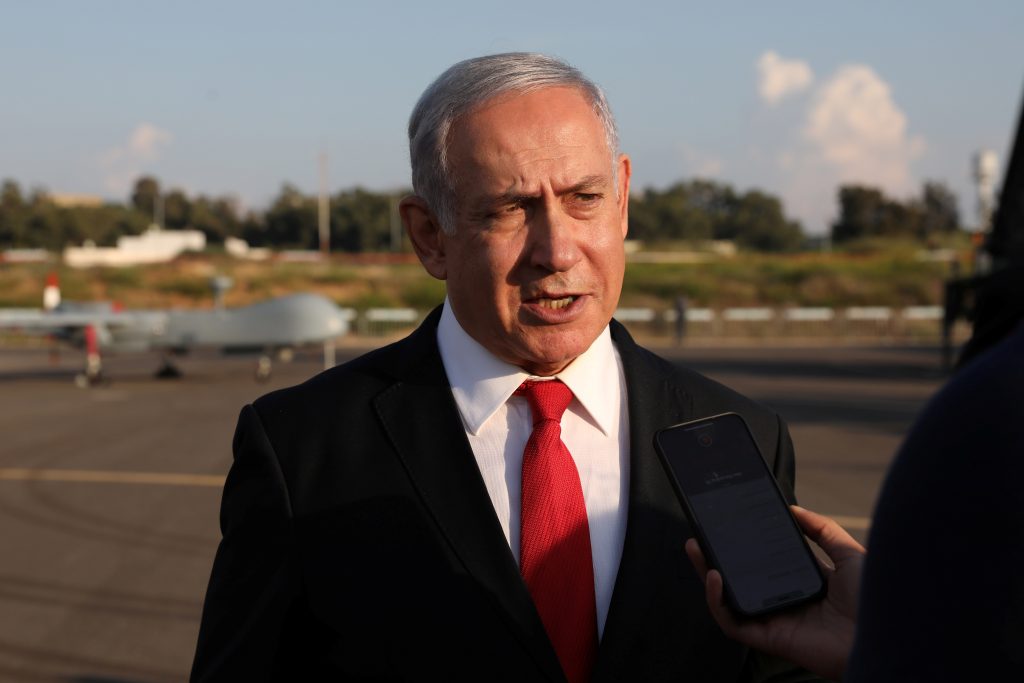 At an event in Ashkelon Monday, Prime Minister Binyamin Netanyahu dispelled rumors that Israel was about to enter into an agreement with Hamas that would see the terror group granted “gestures” in return for a long-term commitment not to fire rockets at Israel. “There will be no long-term arrangement with Gaza as long as the ‘drip’ of rockets from Gaza continues,” Netanyahu said, referring to the numerous firings of one or two rockets a day at Israel that Gaza terror groups continue to engage in.

“We will bring this to an end, and we are doing it in a very strong manner. That is our policy,” Netanyahu said. “As I have been saying throughout and again in recent days, we have surprising methods of action against terrorists, more surprising than the ones you have seen. We will not tolerate this flow of rocket fire, we will put an end to it.”

Netanyahu was speaking at the inauguration of construction of new factories in the Ashkelon industrial zone. The project will see the establishment of 12 new factories in the zone, adding about 1,000 new jobs. “The residents of Ashkelon, the Gaza border communities, and the entire south deserve the same quiet that all Israelis do. We are working to bring this about. We are constantly working on improving our plans, and apparently the entrepreneurs, contractors and residents here all understand that. I expect that our enemies are also beginning to understand what I am saying, and if necessary we can help them understand even more,” Netanyahu said.

Reports in recent days said that talks between Israel and Hamas were continuing on an arrangement that would lead to a cessation of rocket attacks on Israel. According to the report, both sides are “serious” about reducing tension, as the Gaza terror group has decided that at this time it needs to worry about the welfare of Gaza residents. The deal would include the return of missing Israelis held by Hamas in exchange for the release of terrorists, and the establishment of a water purification plant in Gaza.

Also said to be in the offing is construction of an artificial island off the coast of Gaza. The island would be built five kilometers out to sea and include a port and cargo terminal, where cargo could be inspected for security purposes before being trucked across a bridge to Gaza. The idea was first floated by Foreign Minister Yisrael Katz several years ago. “An artificial island will provide Gaza residents with access to the world, and it could include facilities for power generation or water desalination,” according to Katz. “We could even consider an airport in the future. We have an interest in helping Gaza develop, but we know who Hamas is, and thus we must remain in charge of security,” Katz added.