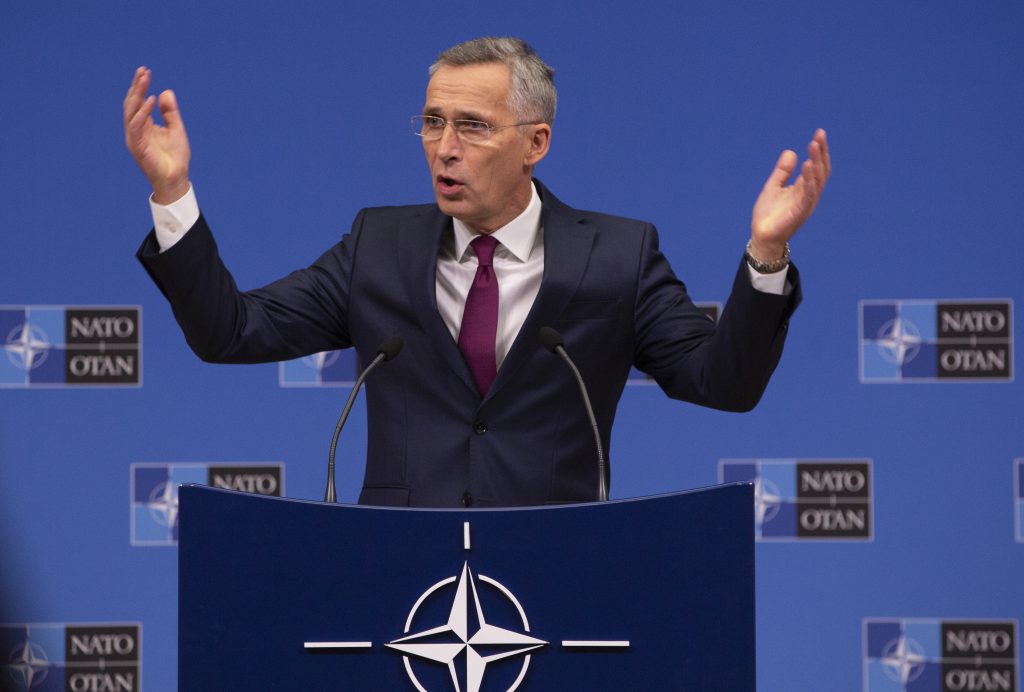 NATO leaders will gather in London on Tuesday as the world’s biggest military alliance, marking its 70th birthday, battles with one of the most confounding of adversaries: itself.

As thousands of troops stand ready along Europe’s eastern flank to deter Russia — the reason the trans-Atlantic alliance was founded in 1949 — or help keep the peace in places like Afghanistan and Kosovo, the leaders of countries with NATO’s largest armies are wildly taking pot shots at each other.

Before the two-day summit, Karen Donfried, president of the German Marshall Fund think tank, said the 29 NATO allies are approaching this meeting “with a sense of foreboding.”

“Few anticipate a gathering that will both unify and stop the growing cracks in cohesion. Alliance leaders carry the responsibility to articulate NATO’s common purpose and ongoing relevance. If they do not, Vladimir Putin will be raising a glass in Moscow to the fraught state of the alliance at 70,” she said, in reference to Russia’s president.

In recent months, U.S. President Donald Trump has declared that peace is nigh in Afghanistan — NATO’s longest and most costly operation in terms of lives and cash — only to call off talks with the Taliban. Now, it seems, they are on again. All the while, U.S. troop numbers are declining. Other allies are unsure what to make of it.

Last month, he precipitously pulled troops out of northern Syria. Turkey took that as a green light to launch an invasion that has alarmed its European NATO partners, many already struggling with the political fallout sparked by the arrival of tens of thousands of Syrian refugees via Turkey in 2015.

French President Emmanuel Macron, complaining of a U.S. leadership vacuum and sensing an opportunity for France to fill it and boost Europe’s security credentials, has lamented the “brain death” of NATO and says the allies need “a wake-up call.”

Macron wants strategic talks about where NATO is going, who its adversaries really are, how to tackle terrorism, what to do about an unpredictable ally like Turkey, and how to improve relations with Russia, rather than a spend a third summit in self-flagellation about Trump’s favorite topic: military spending.

In the latest act of political friendly fire, Turkey accused Macron of supporting terrorism for agreeing to hold talks with a Syrian Kurd politician whom Ankara considers to be part of an extremist group.

“You should get checked whether you’re brain dead,” Erdogan said Friday, in remarks directed at Macron. “Kicking Turkey out of NATO or not, how is that up to you? Do you have the authority to make such a decision?”

Meanwhile, Erdogan plans to test a new air defense system, purchased from Russia, that its partners refuse to allow near any NATO military equipment.

German Chancellor Angela Merkel, in the final period of her reign, has played the go-between, trying to keep the NATO leadership train on the rails.

From the outside, and quite possibly from the Kremlin, it looks like a great act of self-harm.

NATO has no real wars to fight, but its power, and Europe’s security, lies in the abilities of the allies to deter adversaries like Russia and potential ones such as China. That deterrence depends on a balanced mix of military posturing and shows of political resolve by speaking with one voice.

Since Russia annexed Ukraine’s Crimean Peninsula in 2014, NATO has deployed more than 4,000 troops to Estonia, Latvia, Lithuania and Poland to discourage further military adventurism by Putin. The allies also ended their post-Cold War budget cuts and stepped up defense spending.

But it is the very public infighting among alliance heavyweights that undermines NATO’s security efforts.

“The leaders have a responsibility for not undermining deterrence,” said Tomas Valasek, senior fellow at the Carnegie Europe think tank.

“Deterrence is not just about having bombs, bullets, missiles, airplanes or these days cybergeeks you can deploy against the adversary. Deterrence is also about communicating that we mean it when we say we’re an alliance of 29 and we are ready to respond as 29 when something bad happens,” Valasek said.

“Our adversaries are constantly looking for chinks in our armor. For cracks or signs of division. G-d knows there have been plenty of those,” he added.

On its 70th birthday, NATO’s summit declaration — should it survive the hail of friendly fire — will focus on the future; issues like new disarmament talks, the alliance’s role in space, and its policy toward China. Its main challenge today could be surviving its go-it-alone leaders.