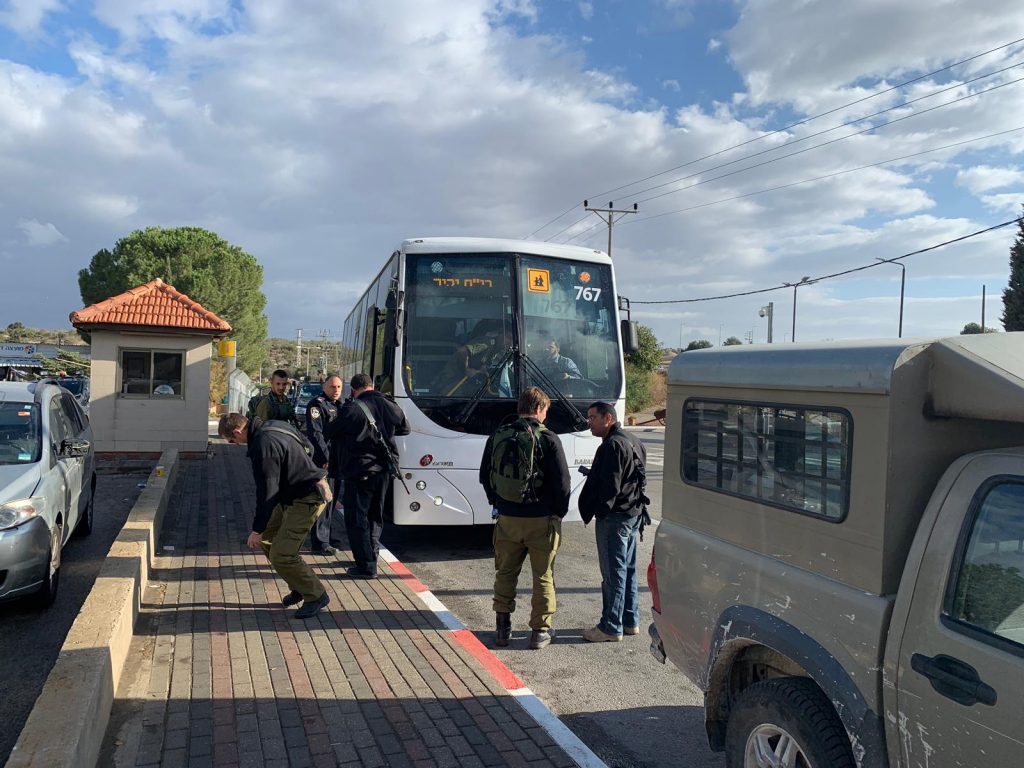 Arabs on Monday morning fired shots at a bus carrying a group of children to school. The incident happened near the village of al-Funduq, west of Kedumim, in central Shomron. The children, who are in a special education class, were on their way to their school in the town of Revava. B’chasdei Shamayim, there were no injuries, but there was damage to the bus. IDF soldiers were searching for the shooters, who fled after firing on the bus.

Shomron Council head Yossi Dagan said that “this morning we were witness to a nes, but we must not rely on such miracles. Our people are strong and stable, and we continue to study, travel and build everywhere. We will defeat the cowardly terrorists who fire shots at a school bus full of children and then run away.”