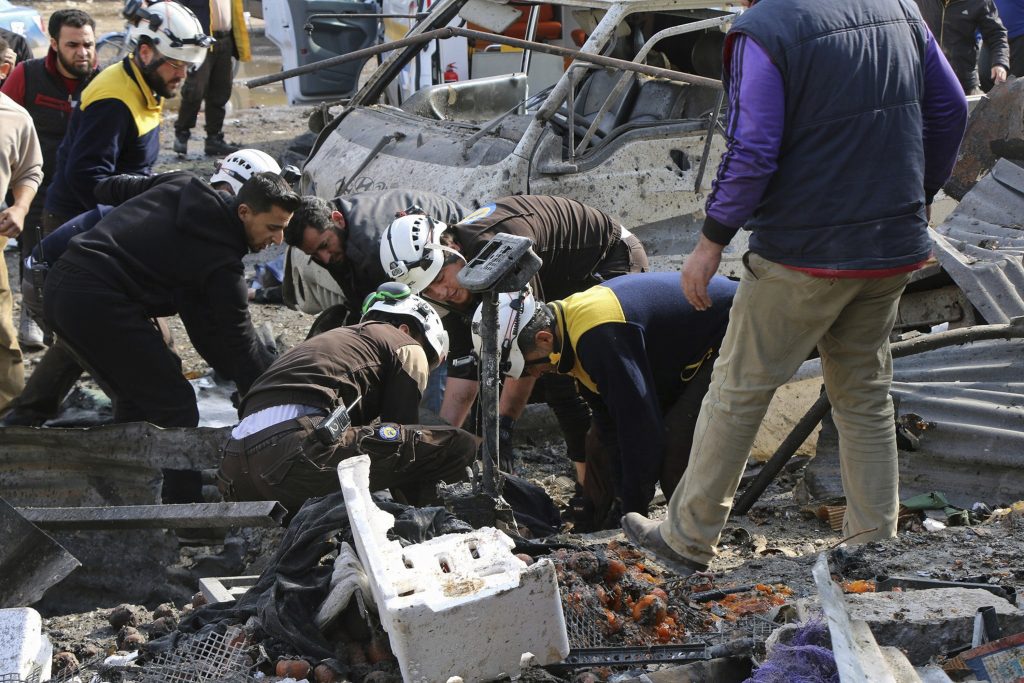 An airstrike on a market in a rebel-held town in the country’s northwestern province of Idlib Monday killed at least 10 civilians and wounded others, Syrian opposition activists said.

The airstrike comes amid an increase of violence in Idlib province, the country’s last opposition stronghold where fighting between troops and insurgents killed dozens of gunmen on both sides over the weekend.

The Britain-based Syrian Observatory for Human Rights said the Monday morning airstrike on the market in Maaret al-Numan killed 10 and wounded others. The Aleppo Media Center, an activist collective that covers rebel-held areas in northern Syria, also said 10 civilians were killed and dozens were wounded.

The opposition’s Syrian Civil Defense, also known as White Helmets, said nine civilians, including two women, were killed, while 13, including two children, were wounded. The group said the death toll is not final yet.

“The bombardment of the market that was packed with civilians led to a massacre and wide destruction,” the Civil Defense said on social media.

The Observatory and the Civil Defense reported another airstrike on the nearby town of Saraqeb, saying it killed and wounded several people.

Syrian troops launched a four-month offensive earlier this year against Idlib, which is dominated by al-Qaida-linked terrorists.

The Syrian government offensive forced hundreds of thousands of civilians to flee their homes. A fragile ceasefire halted the advance at the end of August, but in recent weeks it has been repeatedly violated.