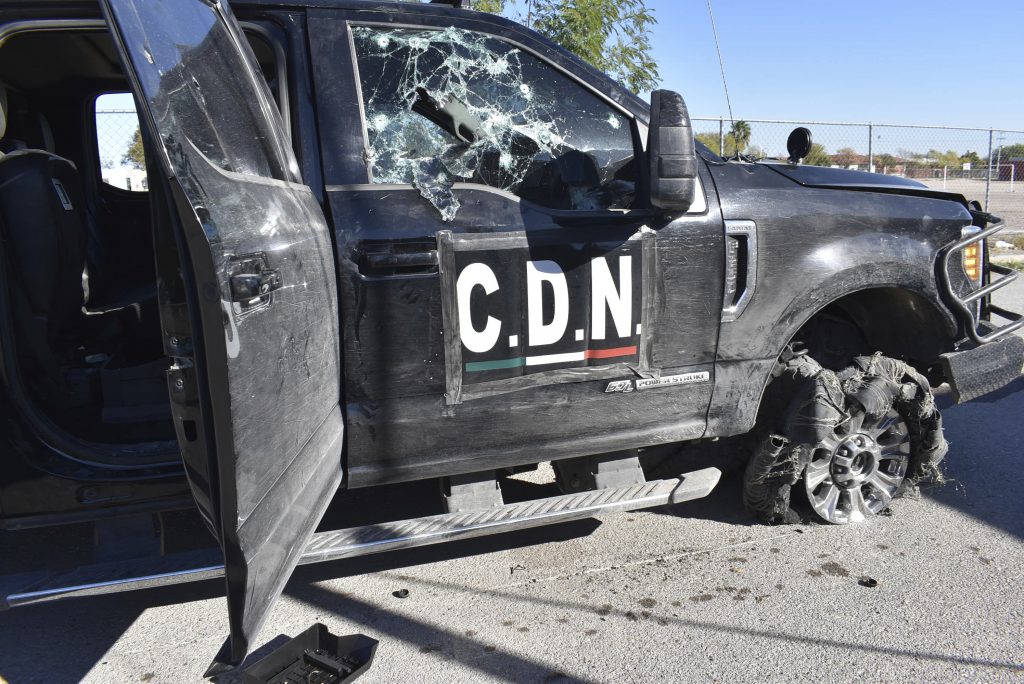 Mexican security forces on Sunday killed seven more members of a presumed cartel assault force that rolled into a town near the Texas border and staged an hour-long attack, officials said, bringing the death toll to at least 21.

The Coahuila state government said in a statement that lawmen aided by helicopters were still chasing remnants of the force that arrived in a convoy of pickup trucks and attacked the city hall of Villa Union on Saturday.

Gov. Miguel Ángel Riquelme said at least 14 people had died by that afternoon, four of them police officers. He also said then that several municipal workers were missing. It wasn’t clear if they had since been located.

The reason for the military-style attack remained unclear Sunday. Cartels have been contending for control of smuggling routes in northern Mexico, but there was no immediate evidence that a rival cartel had been targeted in Villa Union.

The new statement did not give a new death total, but said seven more attackers were killed on Sunday in addition to at least seven who reportedly had died the day before. Three other bodies had not been identified.

The governor said the armed group — at least some in military style garb — stormed the town of 3,000 residents in a convoy of trucks, attacking local government offices and prompting state and federal forces to intervene. Bullet-riddled trucks left abandoned in the streets were marked C.D.N. — Spanish initials of the Cartel of the Northeast gang.

Several of the gunmen stole vehicles as they fled and kidnapped locals to help guide them on dirt tracks out of town, the governor said. At least one of the stolen vehicles was a hearse headed for a funeral, according to the newspaper Zocalo of Saltillo.

The town is about 35 miles south-southwest of Eagle Pass, Texas, and 12 miles from the town of Allende — site of a 2011 massacre involving the Zetas cartel in which officials say 70 died.

Rapid gunfire could be heard in videos posted to social media along with frantic people telling friends to stay indoors. Images of the aftermath of the shootout showed burned-out vehicles, while the facade of Villa Union’s city hall was riddled with bullets.

The governor said security forces would remain in the town for several days to restore a sense of calm.

Falko Ernst, senior Mexico analyst for the non-profit Crisis Group, which seeks to promote peace, said there are few incentives for armed groups in the country to refrain from violence.

“Solving this issue — which underpins impunity — would have to be the centerpiece of an integrated security strategy. But such a thing is yet to be presented by (President) López Obrador and his team,” said Ernst.

“The price of that absence is not least the flaring up of regional conflict scenarios.”

Mexico’s murder rate has increased to historically high levels, inching up by 2% in the first 10 months of the presidency of Andrés Manuel López Obrador. Federal officials said recently that there have been 29,414 homicides so far in 2019, compared to 28,869 in the same period of 2018.

The November slaughter by Mexican drug cartel gunmen of three women who held U.S. citizenship and six of their children focused world attention on the rising violence.

But Coahuila state itself had been relatively free of the worst of the violence in the most recent years. The government census bureau’s survey of public perceptions of security found that Coahuila ranked well this year, with only three other states having a higher public perception of safety.