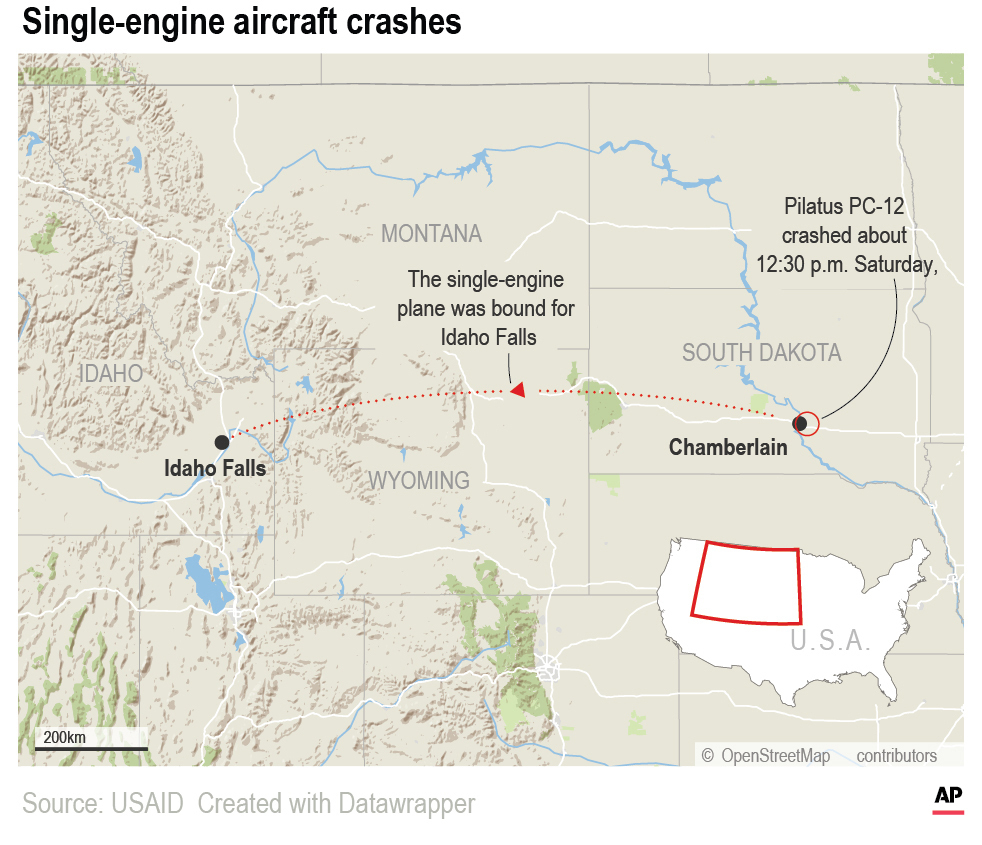 Nine members of an extended Idaho family died when their plane crashed in a South Dakota field as they were heading home after a hunting trip.

Garza identified the injured as Kirk’s son, Josh, and Jim’s son, Matt, and son-in-law, Thomas Long. All three were hospitalized.

The Hansens were executives with Kyani, which markets nutritional, health and wellness products, as well as with petroleum products distributor Conrad & Bischoff and KJ’s Super Stores.

East Idaho News, which first identified the victims, reported that the party had been on a hunting trip to South Dakota, one of the nation’s top destinations for pheasants.

Brian Wood, owner of a funeral home in Idaho Falls, lamented the deaths on social media. He called the Hansens “pillars of our community” and wrote that they had offered many times over the years to help pay expenses for someone who might not be able to afford it.

“Our community has a dark cloud over it now,” Wood wrote. “They will never know the many lives they touched.”

Twelve people were aboard the Pilatus PC-12 bound for Idaho Falls when it crashed within a mile after takeoff in Chamberlain about 12:30 p.m. Saturday, National Transportation Safety Board spokesman Peter Knudson said.

Federal investigators — one from Washington, D.C., and two from the Chicago area — likely would reach the crash site on Monday, Knudson said. Local authorities were guarding the site on Sunday.

Chamberlain and parts of South Dakota were under a winter storm warning Saturday and Brule County emergency manager Katheryn Benton said planes were unable to land at Chamberlain at the time of the crash.

Weather will be among several factors investigators will review, although no cause for the crash has been determined, Knudson said.