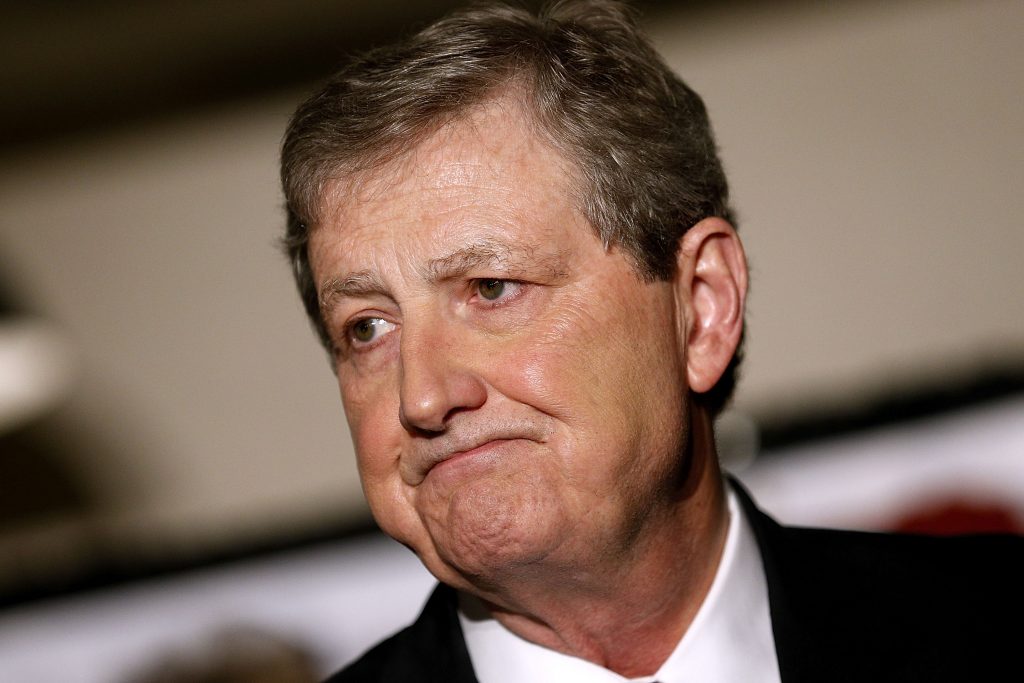 Sen. John Neely Kennedy, R-La., said Sunday that both Russia and Ukraine interfered in the 2016 presidential election, despite the intelligence community’s assessment that only Russia did so.

The comments mark Kennedy’s latest attempt to shift the focus away from the U.S. intelligence community’s conclusion that Russia worked to help elect President Donald Trump, following a Fox News Channel interview last week from which he later backtracked.

They also come as Democrats press forward with their impeachment inquiry into President Trump, with the House Intelligence Committee expected to meet Tuesday to approve the release of a report on its findings on Trump’s dealings with Ukraine.

Asked about conservative Washington Post columnist Michael Gerson’s criticism of his incorrect claim to Fox that Ukraine, not Russia, might have been behind the hacking of Democratic National Committee emails in 2016, Kennedy said he disagrees with the suggestion that he’s turning a blind eye to the truth.

“I think both Russia and Ukraine meddled in the 2016 election,” Kennedy told host Chuck Todd on NBC News’ “Meet the Press” on Sunday.

Todd pressed Kennedy on whether he was concerned that he had been “duped” by Russian propaganda, noting reports that U.S. intelligence officials recently briefed senators that “This is a Russian intelligence propaganda campaign in order to get people like you to say these things about Ukraine.”

Kennedy responded that he had received no such warning.

In her public testimony, Hill had warned that several Trump allies had spread unfounded allegations that Ukraine, rather than Russia, had interfered in the 2016 U.S. presidential election.

“This is a fictional narrative that has been perpetrated and propagated by the Russian security services,” she said.

Kennedy argued Sunday that Ukraine’s efforts to interfere in the 2016 campaign have been “very well-documented,” citing reporting by the Economist, the Financial Times, the Washington Examiner and others.

Despite Kennedy’s claim, there is no evidence that the Ukrainian government engaged in a large-scale effort to aid Democratic nominee Hillary Clinton in 2016.

Todd responded to the Louisiana Republican’s remarks with disbelief.

“I mean, my goodness, wait a minute, Senator Kennedy,” he said. “You now have the president of Ukraine saying he actively worked for the Democratic nominee for president. I mean, now come on.”

Todd then displayed a photo of Russian President Vladimir Putin and the text of remarks Putin made at a “Russia Calling!” economic forum in Moscow on Nov. 20. At the event, Putin had expressed pleasure that talk of interference in the 2016 U.S. presidential election has shifted away from Russia and to Ukraine during the impeachment hearings.

“Thank G-d,” Putin said. “No one is accusing us of interfering in the United States elections anymore. Now they’re accusing Ukraine. We’ll let them deal with that themselves.”

Todd then pressed Kennedy: “You realize the only other person selling this argument outside the United States is this man, Vladimir Putin. … You have done exactly what the Russian operation is trying to get American politicians to do. Are you at all concerned that you’ve been duped?”

“No, because you – just read the articles,” Kennedy replied.