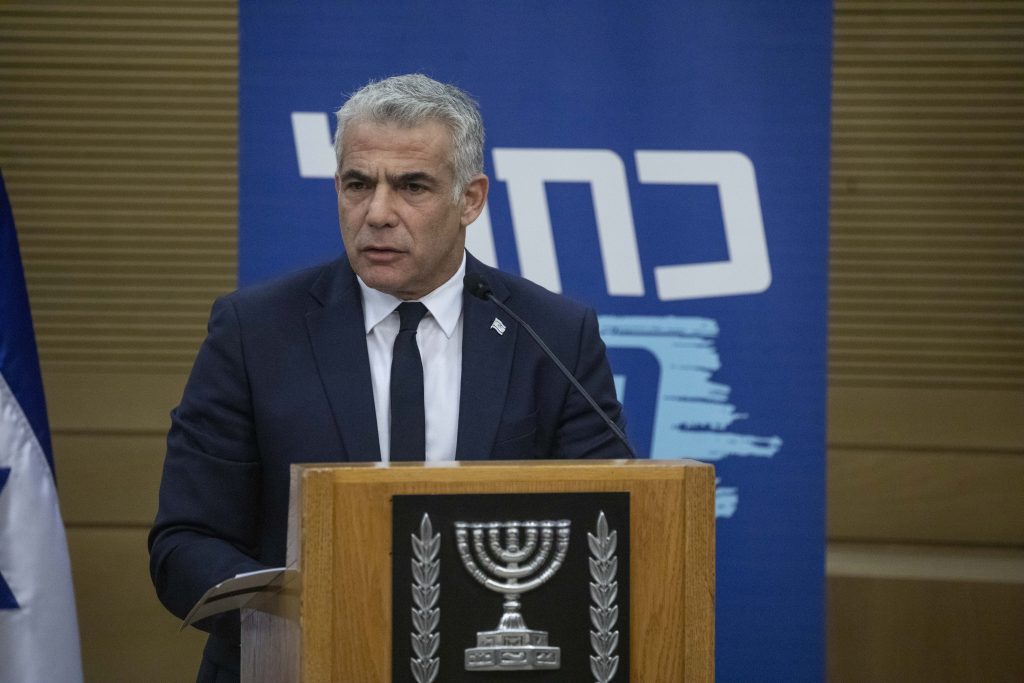 After another fruitless unity government meeting on Sunday, Likud and Blue and White returned to pummeling each other with accusations in the media.

Likud, not for the first time, blamed Yair Lapid for preventing an agreement:

“Likud has agreed to major concessions, but Yair Lapid is still making every effort to thwart a unity government. If Lapid ceases to sabotage unity efforts, there is still a real possibility of preventing elections and forming a unity government,” Likud said on Twitter.

In the negotiations, PM Netanyahu says he promised to leave office “without tricks or funny business,” but Lapid was standing in the way, according to Channel 13.

Lapid retorted in a tweet, accusing the other side of “lying” about concessions.

“You said ‘Bibi [Netanyahu] is first in the rotation [of prime minister], [United Torah Judaism’s Yaakov] Litzman and [National Union Bezalel] Smotrich are locked in, we won’t give up anything,’ and then publicly make up ‘concessions,’” tweets Lapid. “Let Bibi agree to go second in the rotation, and tomorrow there will be a government.”

In another bid to break the deadlock, Knesset Speaker Yuli Edelstein will be meeting with Blue and White’s No. 2 and No. 3, Yair Lapid and Moshe Yaalon, to see if he can persuade them to drop their opposition to allowing Netanyahu to go first in a rotational premiership with Benny Gantz, Kan news reported.

According to Channel 12, a proposal for Lapid to remain outside the government until after Netanyahu steps down after the first five months was generating a heated debate within the party on Sunday night.

Resisting the suggestion, Lapid reportedly told his colleagues that “if we sit for [even] one day under Netanyahu, we will be stained forever.” Lapid also cited the experience of Shaul Mofaz, then-leader of the Kadima party, who entered a Netanyahu-led coalition but soon after left when the latter failed to keep his promises, the report said.