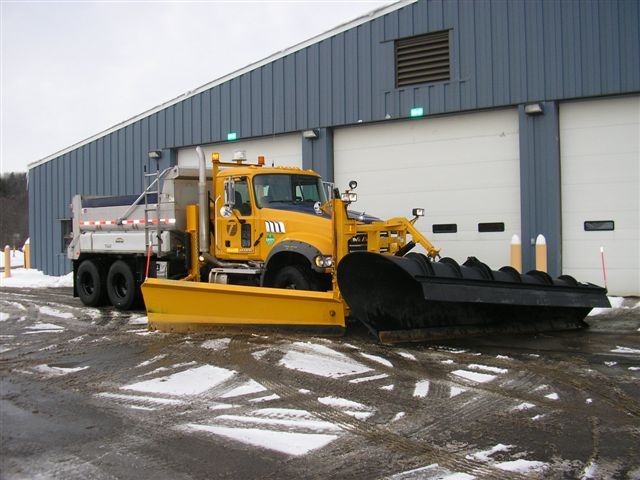 Governor Andrew M. Cuomo today placed National Guard personnel on standby and activated the state’s Emergency Operations Center to enhanced monitoring mode as a severe winter storm passes through many parts of the state. The Governor deployed state agency commissioners from various agencies to regions expected to be hardest hit by the storm, and announced the state emergency response bunker will be open until the end of the storm. The Governor also announced 524,000 tons of salt is available to help combat black ice and snowy roads.
“This storm has the potential to cause significant problems as many New Yorkers return from the Thanksgiving holiday today and commute to work tomorrow, “Governor Cuomo said. “Snow, black ice, rain and wind are a bad combination — but this isn’t our first rodeo and we pre-deployed significant state assets and personnel to prepare for the storm and maintain the roads. I am now placing National Guard personnel on standby and activating our emergency command center to ensure we are able to respond quickly and effectively to this storm and help keep our people safe.”

Precipitation will begin as snow for most of the state during the day on Sunday as the nor’easter will move from the Southern Tier toward the Catskills, Mohawk Valley and the Capital Region. The heaviest widespread precipitation will be Sunday afternoon into the evening and then a prolonged period of varying intensity precipitation Monday into Monday night. Interior areas to the northwest of New York City have a potential to see a period of freezing rain and sleet Sunday night.

The forecast calls for the heaviest snow accumulations in the western Catskills, with totals expected to hit two feet. The Southern Tier and Capital District regions could see 12 to 18 inches, while Central New York and the Mohawk Valley are expected to receive up to 15 inches of snow. New York City and Long Island getting approximately 1 to 4 inches.

Temperatures are expected to range from the high 20s to low 40s, with winds from the southeast from 5 to 15 mph, and gusts as high as 25 mph in the Long Island, Mid-Hudson, and New York City Regions.

Department of Transportation reported that all their available snow and ice equipment is ready to deploy, with over 2000 trucks available to clear the snow. The Thruway Authority has 400 pieces of equipment across the state ready with more than 123,000 tons of road salt on hand. Department of Environmental Conservation

The Governor’s Office advised not to drive unless necessary, and to use caution on bridges as ice can form quicker than on roads. In addition, it is advisable to keep the battery charged so that if you should become stranded, you will be able to call for help, advising rescuers of your location.

Motorists should not attempt to pass snowplows or follow too closely since snowplow drivers have limited lines of sight, and the size and weight of snowplows can make it very difficult to maneuver and stop quickly.