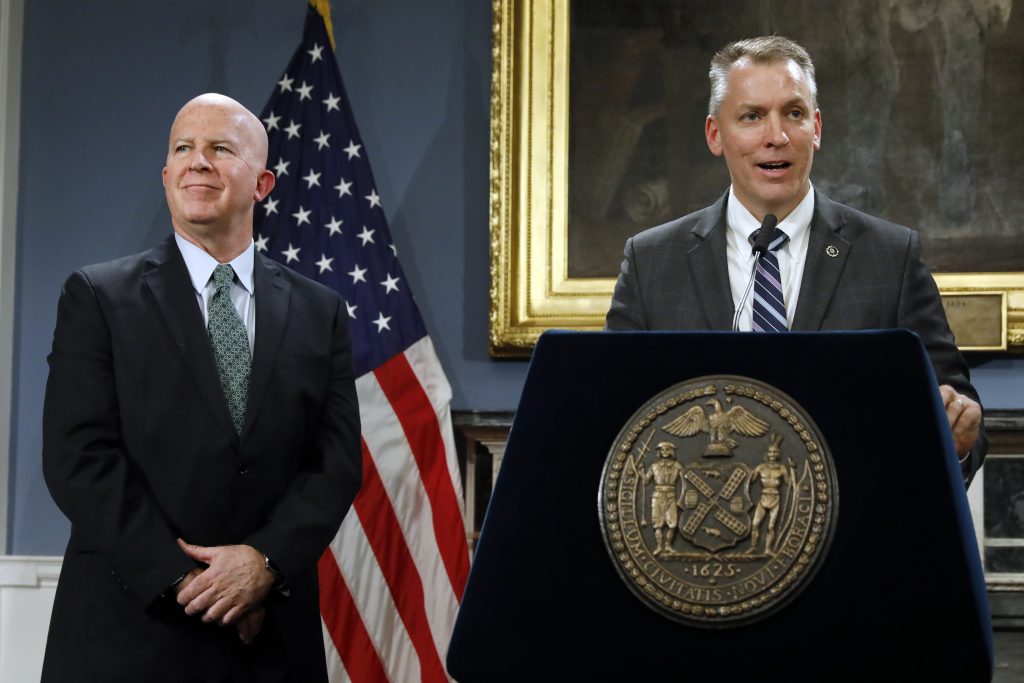 It’s a changing of the guard at the top of the nation’s largest police department.

The 62-year-old O’Neill is retiring after 36 years with the department, the last three as commissioner. He starts Monday as global security chief at credit-card giant Visa Inc.

The 50-year-old Shea started as a Bronx patrolman in 1991 and gained prominence in the department as a crime-stats guru.

Mayor Bill de Blasio says he’s “one of the best-prepared” incoming commissioners the city has seen.

As commissioner, Shea will have to contend with looming bail reforms, pressure to reduce arrests and dissent among some of the department’s 36,000 officers.