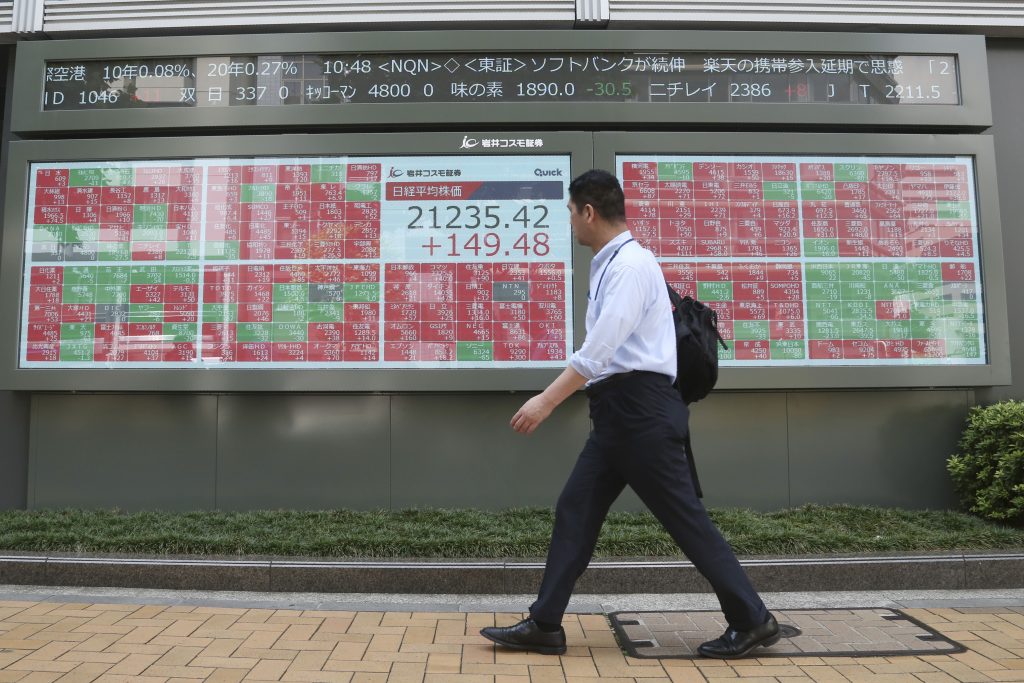 MSCI All Country world index, which tracks shares in 49 countries, was down 0.39% at 548.48, less than 0.4% away from an all-time peak hit in January last year before the start of U.S.-China trade war.

China’s blue-chips gave up 1.3% a day before the country reported manufacturing activity, which analysts polled by Reuters expect to have shrunk for seventh straight month in November.

Markets were sold off due to uncertainty over how U.S. markets will perceive the latest clash between Washington and Beijing over Hong Kong.

Anthony Chan, chief Asia investment strategist at Union Bancaire Privée in Hong Kong, said the market is still erring on the side of caution especially as the year-end approaches.

“There is still downward pressure on earnings. That’s why when there is [negative] geopolitical news, some funds might want to sell and lock in their performance,” he said.

But on the whole, investors are now betting that while the U.S. legislation spoils the mood, ultimately it remained in the interest of both Washington and Beijing to move forward with talks to get a trade deal.

“The working assumption for most investors is that this will not derail the trade talks, given [that] China is suffering from an economic slowdown,” said Norihiro Fujito, chief investment strategist at Mitsubishi UFJ Morgan Stanley Securities.

Sentiment in the region has enjoyed an additional boost from a strong share performance this week by Alibaba Group, Asia’s largest firm by market capitalization. Alibaba has risen as much as 16% since their IPO in Hong Kong on Tuesday.

Major currencies were kept in tight ranges amid a dearth of any other significant developments in Sino-U.S. trade talks.

As trading in major currencies slumbers, their implied volatilities, key gauges of expected swings measured by their option prices, plumbed to new record lows this week.

Among emerging currencies, the Chilean peso’s 3.5% plunged this week to an all-time low, and brought its decline during November to 10% following protests over inequality that turned violent again this week.

In response, the central bank said it would start a six-month program of foreign currency sales from Monday in a bid to stabilize the peso, earmarking $20 billion for the program.

Oil prices were little changed on Friday but look set to have one of the best performances in recent months in November, with Brent futures up almost 5.5% month-on-month, which would be the biggest gain since April.

U.S. crude futures were little changed at $58.06 per barrel. They have risen more than 7% this month.