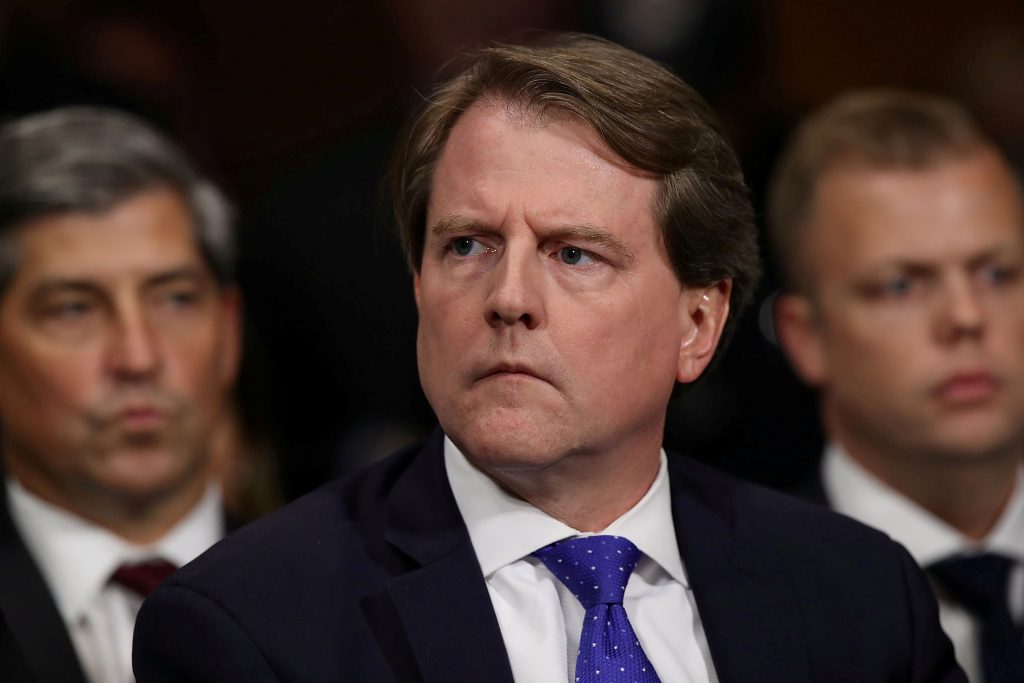 A U.S. judge on Wednesday agreed to impose a temporary delay on her ruling requiring former White House Counsel Don McGahn to testify to lawmakers as part of the Democrat-led impeachment inquiry against President Donald Trump.

Washington-based U.S. District Judge Ketanji Brown Jackson said in an order that the week-long delay would give her time to rule on whether to put the case on hold longer term so that the Justice Department can appeal.

Earlier, the Justice Department filed a second emergency application to the U.S. Court of Appeals for the District of Columbia Circuit asking that court to put the litigation on hold after Jackson did not immediately act on its earlier request.

Justice Department lawyers said the filing was “in an abundance of caution” in order to ensure that they could then turn to the Supreme Court in a timely fashion if their request is rejected.

McGahn, who left his post in October 2018, last May defied a House Judiciary Committee subpoena to testify about Trump’s efforts to impede former Special Counsel Robert Mueller’s investigation that detailed Russian interference in the 2016 U.S. election.

McGahn emerged as a pivotal figure in a 448-page report completed in March by Mueller.

According to the report, McGahn told investigators that Trump repeatedly instructed him to have Mueller removed and then asked him to deny having been so instructed when word of the action emerged in news reports. McGahn did not carry out either instruction.

House Democratic leaders have focused their impeachment inquiry on Trump’s actions concerning Ukraine, but have discussed pursuing a broader count of obstruction of Congress among any articles of impeachment — formal charges — brought against the president. McGahn’s testimony could bolster that part of their inquiry.

In Monday’s ruling, Jackson rejected the Trump administration’s claim of broad immunity protecting current and former senior White House officials from being compelled to testify before Congress, saying no one is above the law.

Justice Department lawyers wrote in the new filing that the appeals court should block the ruling before Trump is “irreparably injured by the compelled congressional testimony of a former close advisor.”

The administration wants the ruling to be put on hold while the Trump administration appeals it, which means McGahn would not have to testify in the meantime. The White House has directed current and former officials not to testify or provide documents sought in the House of Representatives impeachment inquiry.