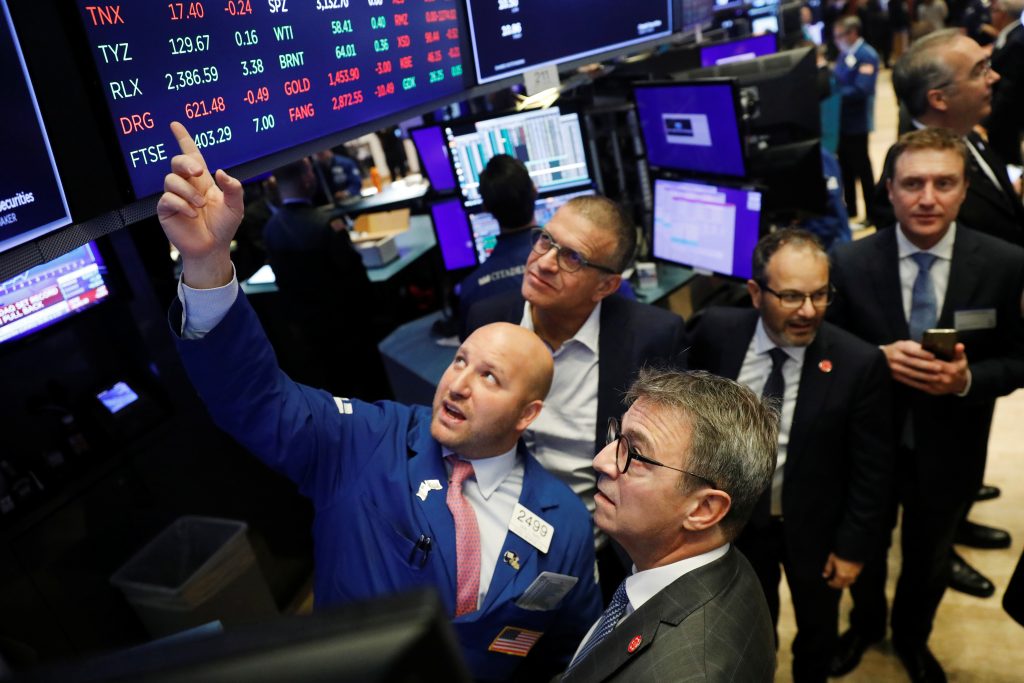 The latest gains follow a record-setting day for the major indexes, fueled by hopes that the U.S. and China are making progress toward ending their trade war.

Beijing said that negotiators for both sides met early Tuesday and agreed to more talks aimed at reaching a deal. The latest bit of information comes a day after China announced new guidelines for the protection of patents and copyrights, which has been a key issue in the dispute.

New U.S. tariffs are set to hit on Dec. 15 on many Chinese-made items on seasonal shopping checklists, such as smartphones and laptops. Investors are hoping that the latest round of talks between the world’s two largest economies will yield a deal that halts their trade dispute, or at least stops it from escalating.

Retailers made some of the more significant gains, including Best Buy, after reporting solid earnings. Industrial stocks and makers of household goods also rose.

The lower yields weighed on banks, which use them to set interest rates on mortgages and other loans. Bank of America, Citigroup and Wells Fargo all fell.

Traders also were weighing new data on the U.S. consumer. The Conference Board said its closely watched consumer confidence index fell slightly for the fourth consecutive month to 125.5. Still, the reading remains elevated ahead of the holiday shopping season.

Investors will have several other economic reports to assess on Wednesday, including home sales data, a key measure of inflation and the government’s latest quarterly estimate of economic growth.

ANALYST’S TAKE: Investors have grown more hopeful over trade negotiations as the world’s two largest economies continue to keep their rhetoric in check. That’s a clear difference from earlier this year, when a sharp comment from either side would seemingly silence any ongoing talks and worsen relations.

“Generally, you can kind of look at the commentary coming out and I’d say it leans in the direction of progress being made, albeit at a fairly slow pace,” said Jason Pride, chief investment officer of private wealth at Glenmede Trust.