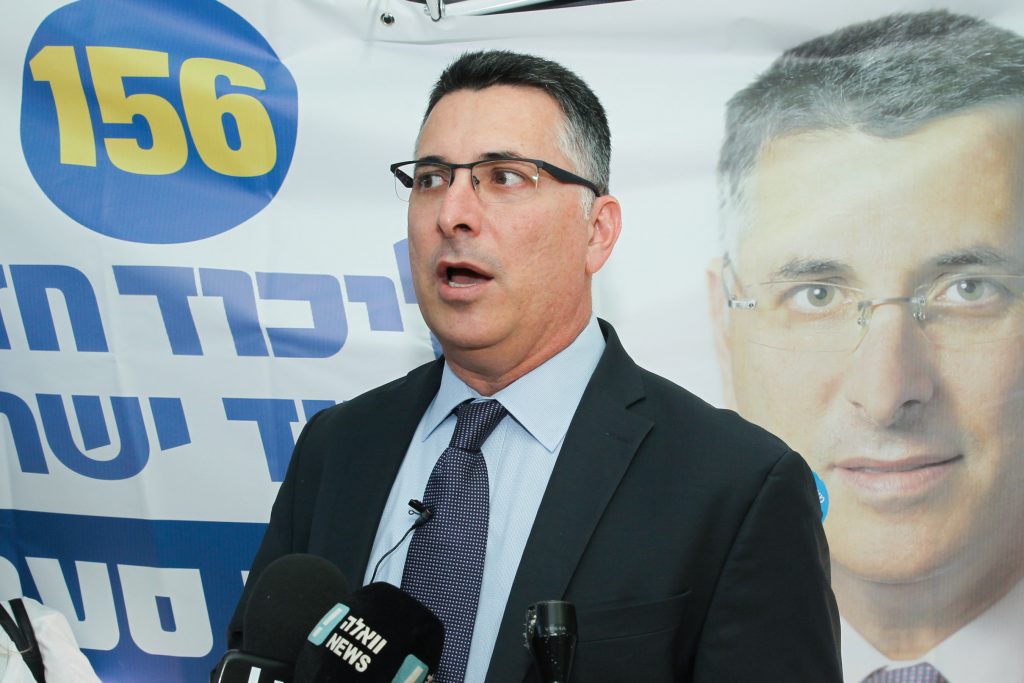 Crossing the line Tuesday, from criticism of Binyamin Netanyahu to what many in the Likud called an outright rebellion, MK Gideon Saar called for the prime minister to step down. In an interview with Reshet Bet, Saar said that it was not because of the indictments against him that Netanyahu should quit, but “because of the situation the state finds itself in, without the ability to form a government. If I were him I would take the responsibility and step down, and allow the party to conduct itself in a democratic manner and hold primaries, with the objective of avoiding new elections.”

It was a continuation of the comments Saar has been making since the weekend about Netanyahu’s political woes. On Monday, he said in an interview that “Netanyahu won’t be able to form a government even if there are third and fourth elections. He needs to draw the proper conclusions,” and on Motzoei Shabbos, he said that only he would be able to form a government, given the current political landscape.

Public reaction in the Likud to Saar’s comments was negative. A source close to Netanyahu said that “it’s a shame that Saar has not been paying attention when Likud activists told him that the Likud is a family, and you don’t betray the family.”

Foreign Minister Yisrael Katz said in a social media post that Saar had “crossed a red line. He appears to be setting the stage for a split in the Likud. There is a difference between the right to compete – that does not necessarily have to be actualized – if we are forced into new elections, and an outright attempt to overthrow the party leadership by advancing primaries or trying to sign up MKs from the Likud to support a Gantz government. If we are forced into new elections, I will be supporting Binyamin Netanyahu.”

Speaking to Reshet Bet, Culture Minister Miri Regev called on Saar to “stop shooting at the Likud convoy from the inside. Shall I tell you who for the past two years has been trying to ‘butter me up,’ apparently for this moment? Saar has made a big mistake – he opened his battle at the worst possible time. We have to strengthen the Likud right now, and I expect him to do that by strengthening the prime minister and the Likud, and not by trying to insert divisiveness.”

In response to Regev, Saar said that he “remembers the days when she tried to promote me and attacked the prime minister. If I were Netanyahu, I would step aside and let someone else try and form a government.”