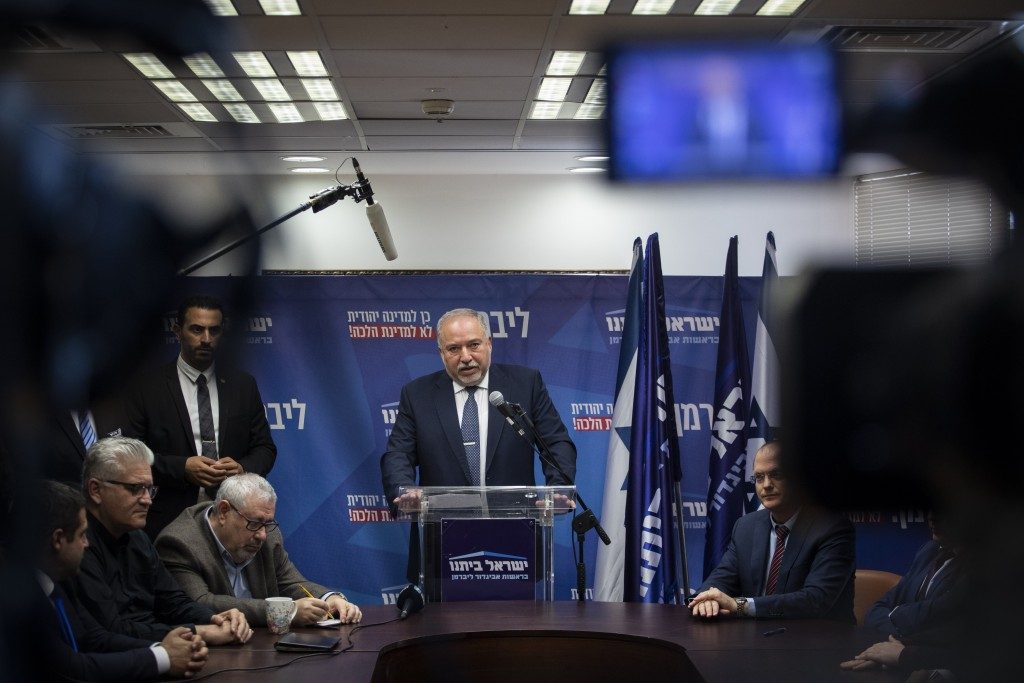 The religious public in Israel is no stranger to politicians who attack their way of life, their faith and their most cherished values, but what Avigdor Liberman did last week crossed all red lines. It wasn’t anti-religious, but anti-Semitic.

Liberman, the head of the Yisrael Beytenu party, unleashed a vile diatribe accusing chareidim of being part of an anti-Zionist alliance with the Arab parties. “We should say it as it is — the Joint [Arab] List is really a fifth column. But unfortunately the chareidi parties are also becoming more and more anti-Zionist,” he charged. “It’s not just at the margins.”

Speaking at a nationally broadcast press conference called to announce his decision not to join either of the large parties in a coalition, Liberman referred to the visit to Israel of the Satmar Rebbe, implying that all chareidim are anti-Zionist. He attacked the Rebbe for distributing “millions of dollars” to those who don’t take government money while, in the same breath, accusing chareidim of taking government funding to support “150,000 kollel students.”

Who, then, does he have a problem with? The chareidim who take government funds or those who don’t?

The answer is both. He views all chareidim as the enemy: Those who work, those who learn day and night in kollel; those who serve in the army, those who do national service in chareidi chessed organizations like Zaka, Yad Sarah, Ezra LeMarpeh and others that save the economy billions of dollars a year.

Liberman’s tirade was, as United Torah Judaism leader Rabbi Yaakov Litzman put it, “a disgraceful and ugly horror show … full of ignorance and hatred, which would make the historic haters of the Jewish religion and the people of Israel proud. Unfortunately, it can be said that anti-Semitism was rediscovered today.”

There are signs that the Israeli public is finally waking up to the existential danger that Liberman poses. He has singlehandedly dragged the country through two unnecessary elections, with a third apparently on the way, at a cost of billions to the economy and political instability that invites attacks from Israel’s enemies.

More and more people are asking what contribution he has made in more than 30 years in the Knesset and government, during which time he didn’t pass a single law that he initiated. “This man who hasn’t built a single house, or planted a single tree, or paved a single road … shoots in every direction and sermonizes to everyone and drags the country into a third election,” Transport Minister Betzalel Smotrich said. “This is a psychological phenomenon that will be studied and written about for years.”

Most significantly, Liberman’s comments have evoked disgust from all segments of the Israeli public, secular and religious alike. “No debate, as intense as it may be, over stores being open on Shabbat, the draft … or civil marriage [all of which I support], justifies incitement to hatred against hundreds of thousands of Israeli chareidim,” wrote Barak Ravid, a prominent secular journalist on Channel 13. “You’re counting on the fact that the Israeli public is anti-Semitic and will give you its votes? You’re mistaken. The public will not accept your words and will reject you.”

The silver lining is that the corrupt, self-centered bully of Israeli politics has revealed his true hate-filled self and will indeed be rejected by an Israeli public that holds him responsible for his hate crimes.