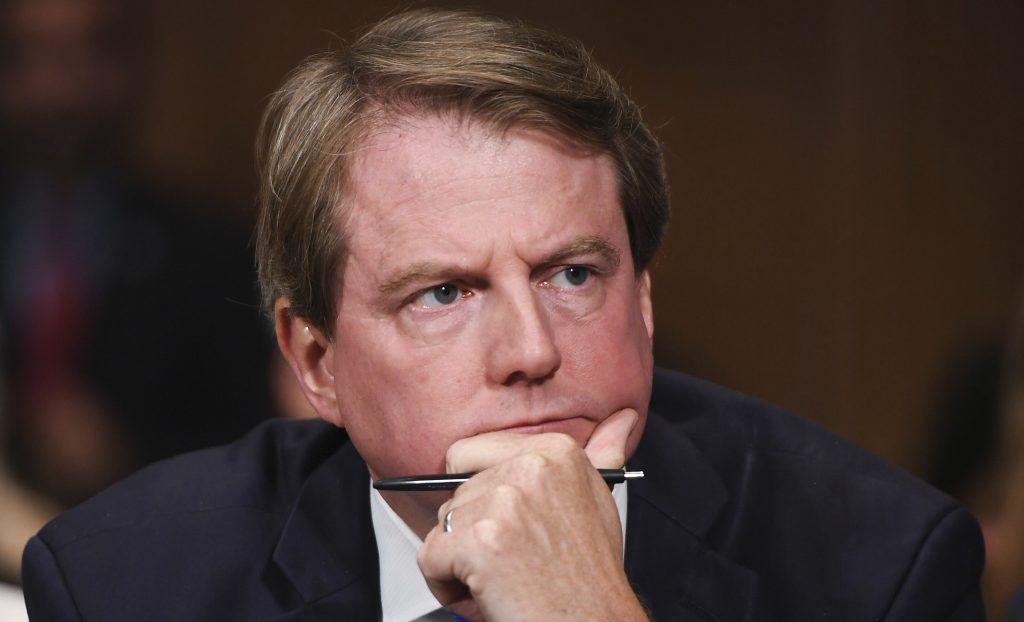 Former White House counsel Don McGahn on Tuesday asked a judge to put on hold a ruling that would require him to testify about President Donald Trump’s efforts to impede the now-completed federal investigation into Russian interference in the 2016 election.

The court filing asking for the delay while he pursues an appeal that followed District Judge Ketanji Brown Jackson’s ruling on Monday that rejected the Trump administration’s legal claim that current and former senior White House officials cannot be compelled to testify before Congress.

McGahn’s lawyers said in a court filing that the House of Representatives Judiciary Committee, which is seeking the testimony, has agreed to a seven-day temporary delay. If the judge does not immediately impose that delay, McGahn will file an emergency application at the federal appeals court in Washington on Wednesday, the lawyers said.

If McGahn’s request for a longer pause is granted, then the consequential dispute over presidential power will not be decided for months and during that time he would not have to testify.

McGahn, who left his post in October 2018, last May defied a subpoena from the Democratic-led committee for his testimony. The subpoena was issued months before the House opened an impeachment inquiry in September into the Republican president’s actions concerning Ukraine. The committee sued McGahn in August to try to enforce the subpoena.