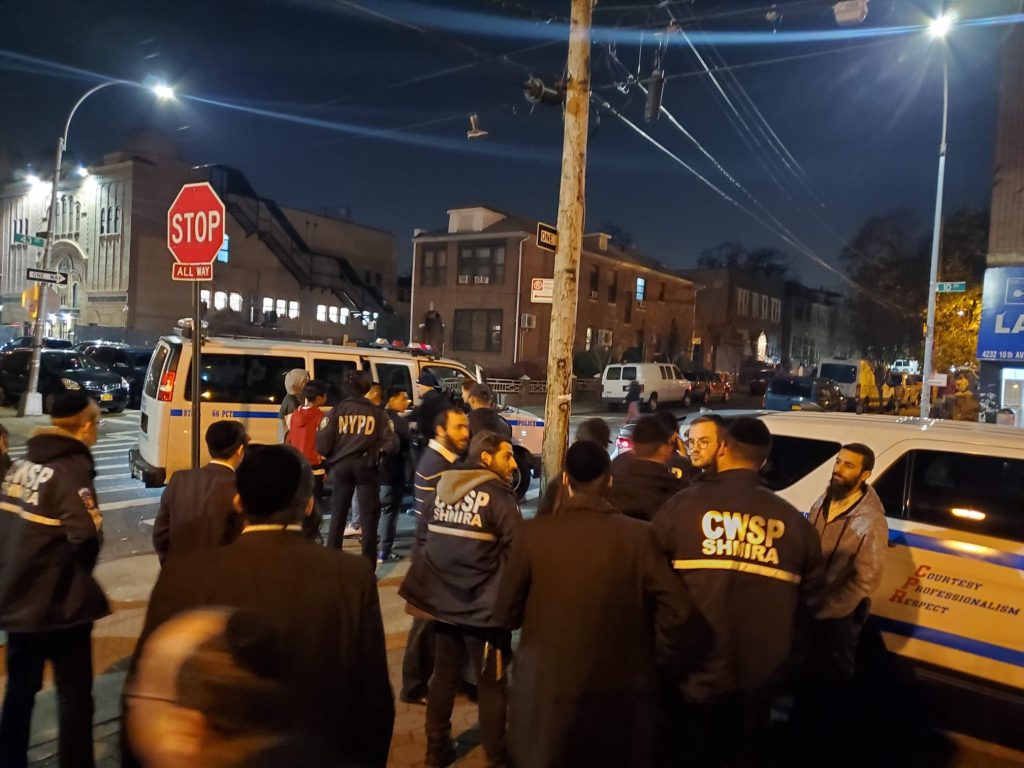 Four teens were arrested for throwing eggs at vehicles and pedestrians in Boro Park Monday evening.

A Shmira of Brooklyn member was patrolling in his vehicle around 43rd Street and 10th Ave. at 6:30 p.m. when he noticed four teens carrying eggs. He radioed for backup, and as units responded, they followed the group, who began splitting up. The teens then began throwing the eggs – at cars, at a school bus, and at pedestrians. The Shmira members jumped out of their vehicles, detained the perpetrators and called police, who made the arrests.

Four teens engaged in egg-throwing incidents in the vicinity of Dahill Road earlier this month; one suspect from that group was arrested. It is unknown if there is any connection between those perpetrators and the group arrested Monday.

Shmira says that from Monday to Tuesday afternoon, it has detained 10 individuals, who were ultimately arrested by police for crimes including vehicle break-in and bicycle theft.