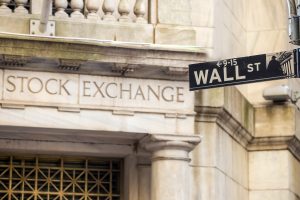 China issued new guidelines late Sunday for protecting intellectual property, which has been a key concern for foreign investors and a sticking point in negotiations to end the damaging trade war.

Technology stocks were the biggest winners. Nvidia rose 4.4% and Intel gained 1.9%. Many of the companies in the sector are sensitive to swings in trade sentiment because they rely on China for sales and supply chains.

Health-care companies and a wide range of retailers also made solid gains.

Energy stocks lagged the market, along with more defensive sectors such as real estate and utilities.

The latest signs of progress for trade negotiations open a tight week for economic data. Investors will have to digest several reports on the housing market on Tuesday, along with consumer confidence data. Wednesday has an equally packed schedule with more home sales data, the latest GDP figures and a key measure of inflation.

U.S. markets will be closed for the Thanksgiving holiday on Thursday.

The latest round of corporate financial results also nears its end this week. Computer and printer maker HP releases its results on Tuesday and Deere reports on Wednesday. More than 95% of the companies in the S&P 500 have already reported, according to FactSet.

The Russell 2000 index of smaller company stocks far outpaced other indexes with a 2.1% gain.

THE SCORE: Every major index is now in the November home stretch and on track for a third straight month of gains. The S&P 500 is on pace for a 3% rise and the Nasdaq is on track for a 4% increase.

November has been a record-setting month, though markets have been churning over trade negotiations. Investors are hoping the U.S. and China can make progress on a resolution before new tariffs are scheduled to hit smartphones, laptops and other Chinese-made items on Dec. 15.

“People are still nervous about the rest of the world,” he said. “All of this is sort of acting as funnel, directing cash into U.S. equities.”

U.S. consumers continue fueling the economy and investors should keep an eye on reports from retailers as the end-of-year shopping season kicks off later this week, he said. But, business spending remains weak, as does hiring.

“It’s a battle between nervous businesses and confident consumers,” he said.

BROKERING A BUYOUT: TD Ameritrade rose 6.2% after rival discount broker Charles Schwab agreed to buy it for $26 billion. The blockbuster deal was accelerated by massive disruption in the online brokerage industry. Competitive pressure has already forced the companies to make it free for customers to trade U.S. stocks online.

SUSPENDED LICENSE: Uber fell 1.4% after London’s transit authority refused to renew the ride-hailing service’s license to operate. It’s the latest chapter in Uber’s rocky history with London transport officials, who subjected the San Francisco-based company to ever tighter scrutiny over concerns about passenger safety and security.