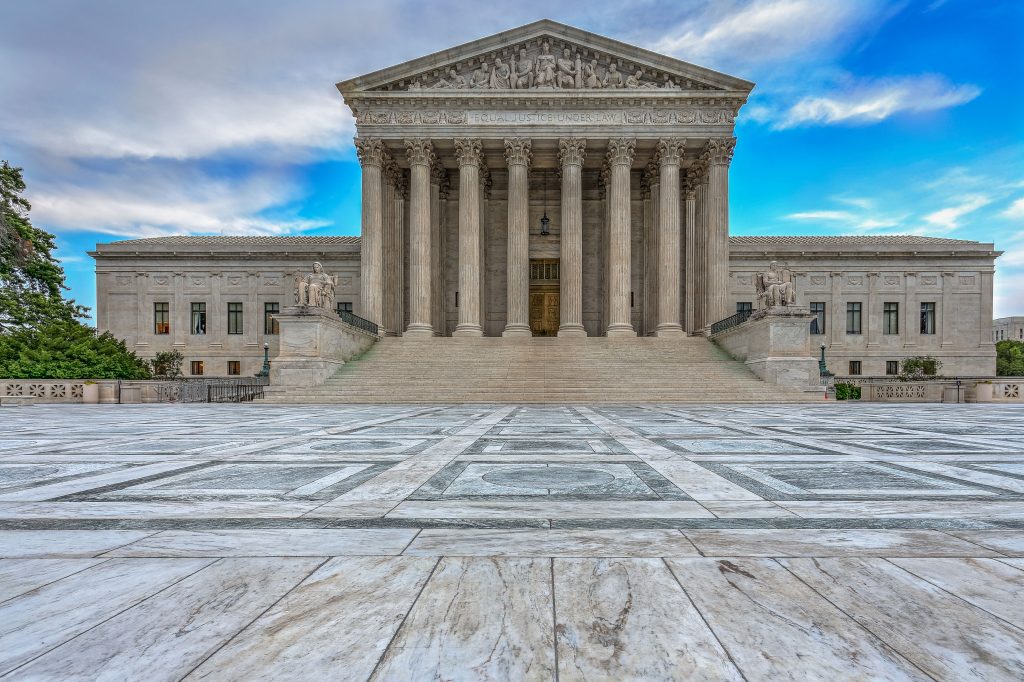 The Supreme Court on Monday blocked a House committee from immediately reviewing President Donald Trump’s financial records, after the president’s lawyers agreed to an expedited review of a lower court ruling granting access.

The court’s action signals that, even as Congress considers impeaching Trump, the court will undertake a more complete consideration of the legal powers of Congress and state prosecutors to investigate the president while he is in office.

Lower courts have also sided with a New York district attorney seeking access to much of the same financial information for a grand jury investigation. The New York decision already was on hold, and did not require immediate Supreme Court action.

“This is a significant separation-of-powers clash between the president and Congress,” Trump’s personal lawyer William Consovoy said in a filing with the court in the case involving the House Oversight and Reform Committee.

He said Trump is “prepared to proceed on any schedule that the court deems appropriate.”

Other lawyers involved in the matter have asked the court to consider whether to grant the cases at its private conference on Dec. 13. If granted, that would allow a full briefing, a hearing and a decision in the current term, which concludes at the end of June.

The House on Thursday told the Supreme Court that review was not necessary. It said the U.S. Court of Appeals for the D.C. Circuit’s decision saying the House committee was entitled to the information is straightforward and based upon Supreme Court precedent.

“The committee is investigating whether senior government officials, including the president, are acting in the country’s best interest and not in their own financial interest, whether federal agencies are operating free from financial conflicts and with accurate information, and whether any legislative reforms are needed to ensure that these fundamental principles are respected,” House General Counsel Douglas Letter told the justices in a filing Thursday.

He added: “Each day of delay harms Congress by depriving it of important information it needs to carry out its constitutional responsibilities.”

The subpoenas issued by the congressional committee and separately by Manhattan District Attorney Cyrus Vance Jr. are directed to the president’s longtime accounting firm Mazars USA. It has said it will comply with the eventual court order, so turning over the records would not require any action on the president’s part.

The subpoena from the House committee was issued in April, before that body took up a formal impeachment inquiry. But Letter said impeachment proceedings underscore the need for the court to move quickly.

Consovoy said the Supreme Court would not let such an “unprecedented” subpoena move forward without its explicit consideration and approval.

“Whether the committee was engaging in prohibited law enforcement, whether it was investigating in an area where it can pass constitutional legislation, and whether it had statutory authority are all important issues over which there is a serious legal dispute,” he wrote.

In October, a panel of the D.C. Circuit issued a 2-1 ruling that traced the long history of courts upholding Congress’ investigative authority.

“We conclude that in issuing the challenged subpoena, the committee was engaged in a ‘legitimate legislative investigation,’ rather than an impermissible law-enforcement inquiry,” wrote Judge David Tatel, who was joined by Judge Patricia Millett. Both were nominated to the bench by Democratic presidents.

“It is not at all suspicious that the committee would focus an investigation into presidential financial disclosures on the accuracy and sufficiency of the sitting president’s filings. That the committee began its inquiry at a logical starting point betrays no hidden law-enforcement purpose.”

Tatel said the court did not need to decide whether Congress can subpoena a sitting president because the order was directed at the accounting firm – not Trump.

In her dissent, Judge Neomi Rao, a Trump nominee, said if the House wants to investigate possible wrongdoing by the president, it should do so by invoking its constitutional impeachment powers – not through legislative oversight. (The House subsequently opened an impeachment inquiry but focused on Trump’s dealings with Ukraine, not financial impropriety.)

The majority said Rao’s view laid out in her dissent would “reorder the very structure of the Constitution” and “enfeeble the legislative branch.”

“The dissent cites nothing in the Constitution or case law – and there is nothing – that compels Congress to abandon its legislative role at the first scent of potential illegality and confine itself exclusively to the impeachment process. Nor does anything in the dissent’s lengthy recitation of historical examples dictate that result,” Tatel wrote.