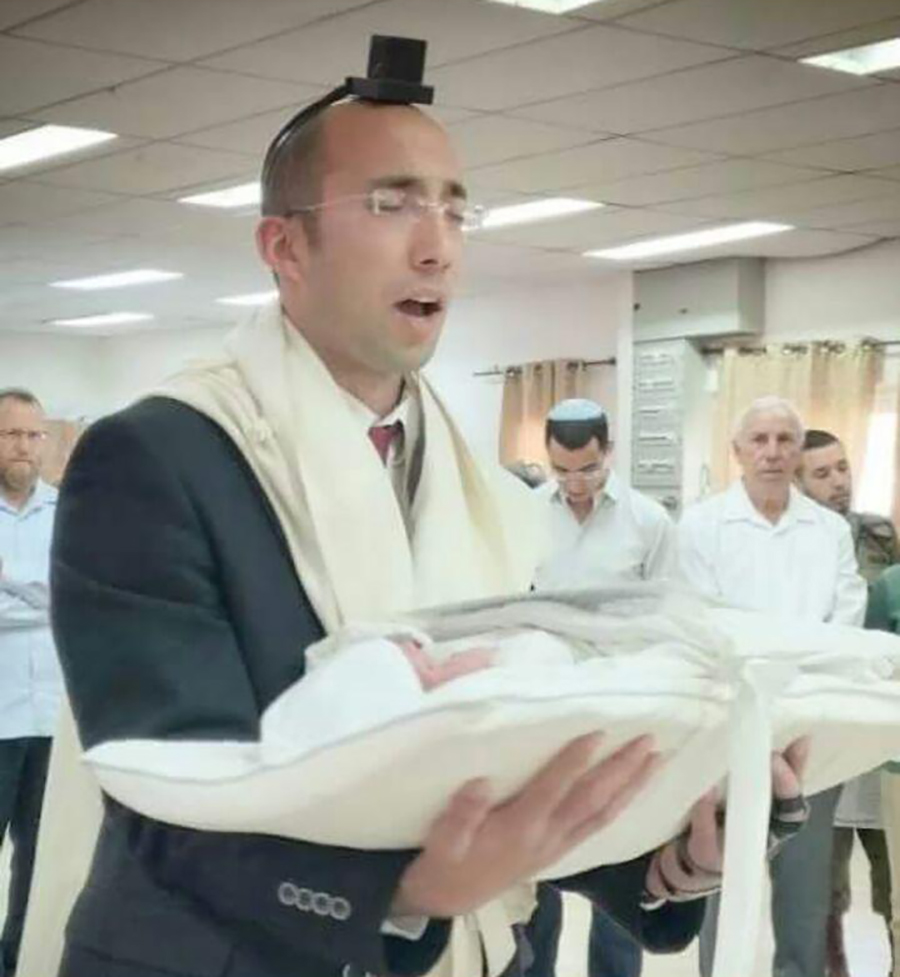 Abd Al Hakim Adel A’asi, who murdered Rabbi Itamar Ben-Gal, Hy”d, at the Ariel Junction in 2018, was sentenced to life in prison Sunday. The Lod court also ordered the terrorist to pay NIS 258,000 in damages to the family of Rabbi Ben-Gal.

Rabbi Ben-Gal was murdered in February of 2018 in a terror stabbing attack near Ariel in central Shomron. Rabbi Ben-Gal had been waiting at a bus stop, and A’asi had just gotten out of a taxi. He crossed the highway and attacked Rabbi Ben-Gal using two knives he was holding, stabbing his victim in the upper body. Rabbi Ben-Gal, realizing what had happened, ran away, pursued by the terrorist. He managed to signal to a bus driver that he had been stabbed, and when the driver got off the bus and security officials began pursuing him, he ran in the other direction.

A’asi is an Israeli citizen. Records show that A’asi, who had been living in Jaffa in recent years, had been a drifter who did not complete high school. He was known to social service agencies in Haifa and Tel Aviv, and had been homeless for a time. A’asi once lived for several weeks at a Tel Aviv shelter for homeless youth, but left after he was warned by administrators to stop visiting his father in Shechem, where he would go every few weeks.

Rabbi Ben-Gal’s murder was instrumental in the passage of a law in June 2018 that has led to the Israeli government’s withholding of payments to the Palestinian Authority out of customs collected on its behalf by Israel. The law allows Israel to deduct funds that are supposed to be transferred to the Palestinian Authority commensurate with the amount of money the PA pays families of terrorists. So far, some NIS 500 million has been held back from the PA as a result of the law’s passage.

The Defense Ministry had revealed that the murderers of the Salomon and Henkin families, Hy”d,, and the murderer of Rabbi Ben-Gal, Hy”d, are set to receive over NIS 10 million in total payments, if they live to age 70. In addition, those terrorists, as well as many others, have been guaranteed high-paying PA jobs if they are released from Israeli prisons where they are serving multiple life sentences for their terror crimes, the Ministry said. If they die in prison, their families will receive their pensions in perpetuity.