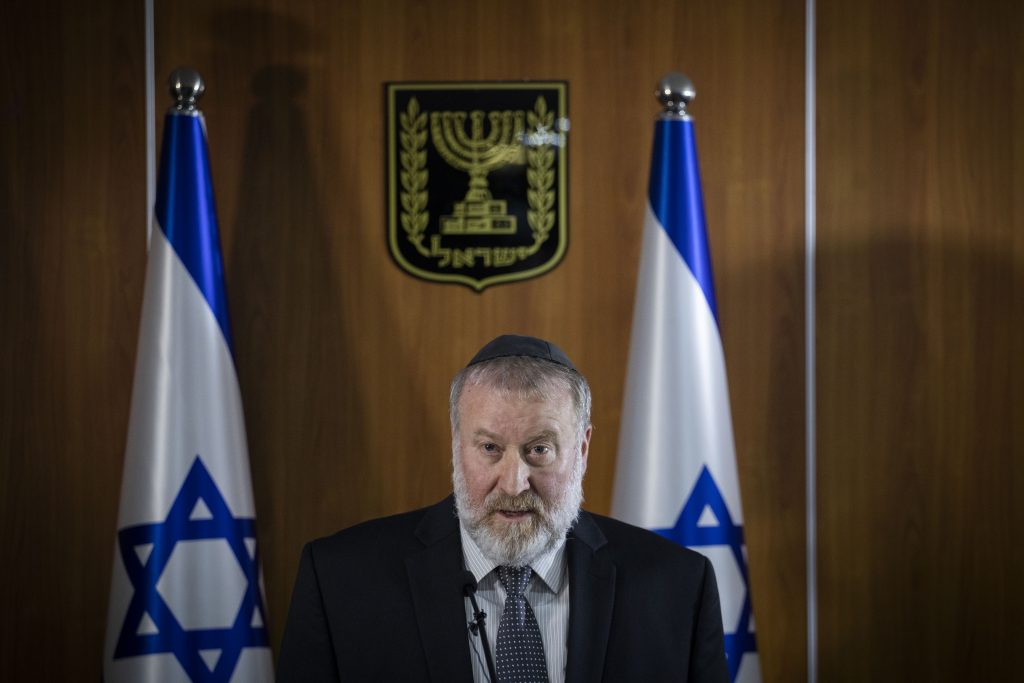 At the top of the list is whether or not Netanyahu will be barred from forming a government once the charges are formally filed, and whether he will be required to resign from his multiple ministerial positions, including agriculture, health, social affairs and Diaspora affairs.

While experts have been saying that according to legal precedent Netanyahu would have to give up the ministries, the issue of serving as prime minister or forming a new government while under indictment is less clear. The general opinion seems to be that he can continue in office until or unless actually convicted of a crime, but the matter has never been tested in court.

Mandelblit, State Attorney Shai Nitzan, and Deputy Attorney Generals Raz Nizri and Dina Zilber will sit on the panel, which expects to reach decisions by the end of this week, according to media reports.

The panel was set to begin deliberations on Sunday, according to Army Radio.

The decision was denounced by Likud minister Miri Regev, who accused Mandelblit of overstepping his authority.

“The attorney general cannot assassinate Israeli democracy, but must respect the separation of powers,” she told Army Radio on Sunday morning.

Meanwhile, the Justice Ministry cautioned that media reports and speculation on the process was premature. Mandelblit “has not yet dealt with the various consequences of the decision to file an indictment, and has certainly reached no decision in the matter. Any reports on the matter are speculation and the sole responsibility of those reporting,” the ministry said.