Israel Comptroller Not Ready to Investigate the Investigators
Israel 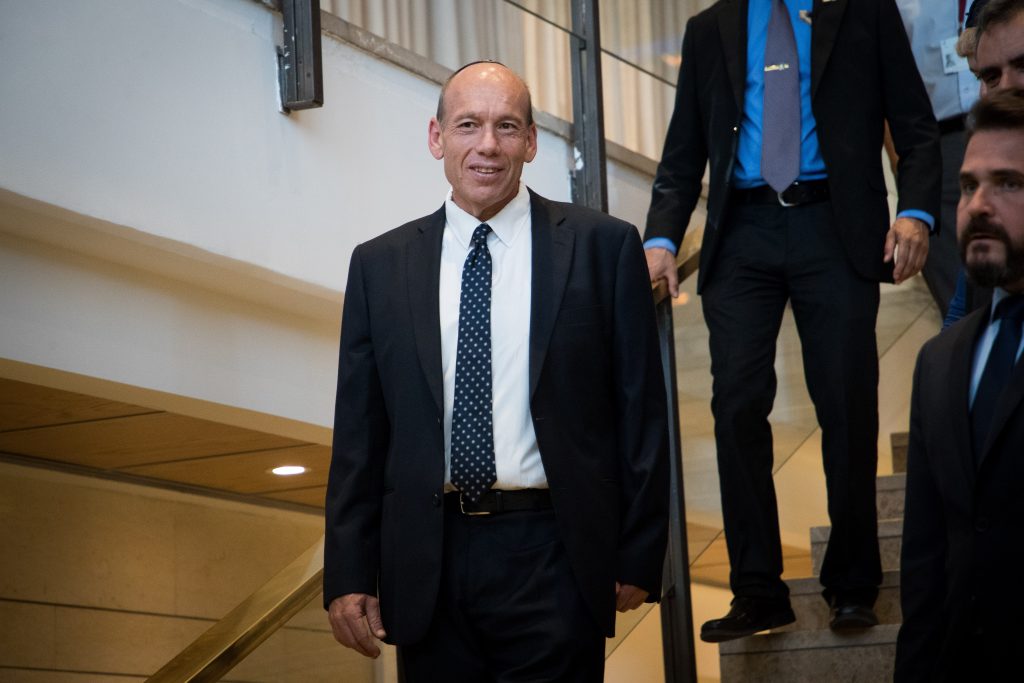 Ohana said on Channel 12, “I think that my [legal] system is problematic, I have expressed this in recent weeks. There are prosecutors breaking the law and nobody checks them,” he said. “I call on the state ombudsman to delve into this and check these accusations.”

His statement came after Prime Minister Binyamin Netanyahu‏‏ demanded that the “investigators be investigated” in a speech Thursday night in response to news of the filing of indictments against him.

Ohana said the comptroller should open such an investigation “already tomorrow.”

However, already on Sunday a spokesman for Englman said that the time for such an investigation may come, but not now.

He said that “the plan for oversight of the government’s offices, including those who represent the state in the courts, is due to be set in the course of the start of the year 2020, according to various considerations.”

“In any case, no formal request has been made regarding this issue,” concluded the statement.

Meanwhile, Communications Minister David Amsalem (Likud) declared that State Prosecutor “Shai Nitzan needs to be tried because this is a coup,” referring to Nitzan’s key role in the indictment process. “In my opinion, Liat Ben-Ari [a senior state prosecutor] is a woman who needs to be sitting in prison.”

In line with Netanyahu’s contention that Attorney General Avichai Mandleblit was not able to withstand pressure brought on him by others, Amsalem said:

“Mandelblit does not have the spine to stand up to them,” but goes around with the “countenance of a tortured martyr … reading out whatever Shai Nitzan writes for him.”

Senior Likud MK Gideon Saar rejected the attacks on Mandelblit. “You cannot call a decision by the attorney general an attempted coup,” he said, and lauded Mandelblit as “a man of integrity.” He warned that such attacks are “causing chaos in the country.”

Saar, who has called for Likud primaries in which he would run to replace Netanyahu, stressed, however, that the Netanyahu is still innocent until proven guilty, and said he hoped the prime minister will be able to clear his name.