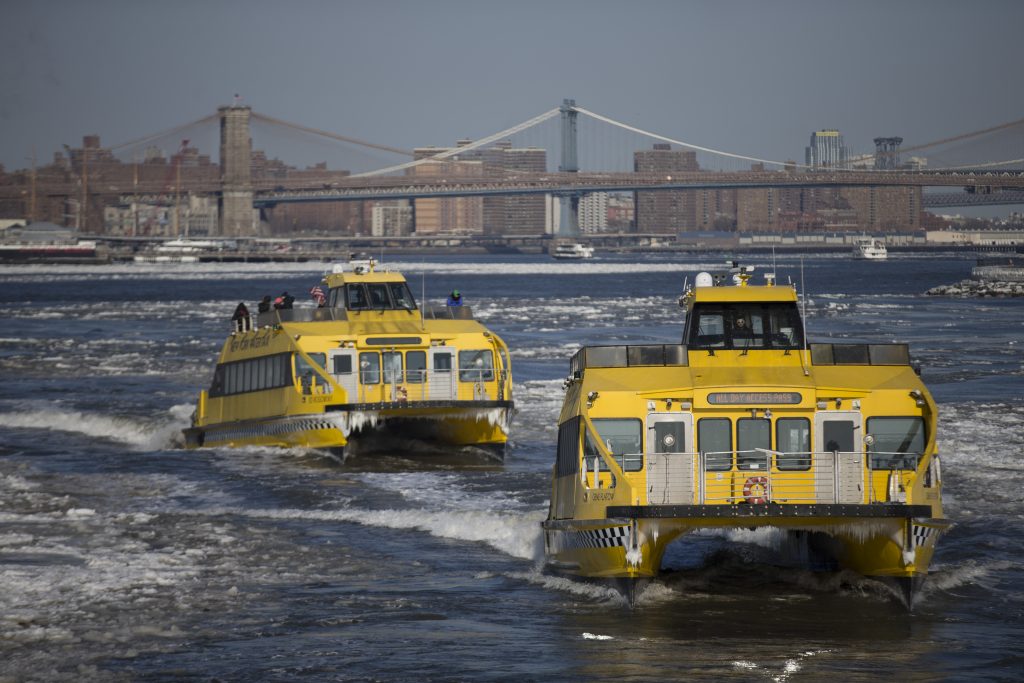 The agency said all 32 vessels in the company’s fleet were inspected over the last week and 23 vessels taken out of operation. On Sunday, the agency said six of those suspended vessels had been put back in service.

Petty Officer John Hightower, a spokesman for the agency, said the inspections of the entire fleet came after regular annual inspections found issues with fire safety and other emergency systems that hadn’t been resolved.

“We know many people rely on these ferries for daily commutes, and as these discrepancies are rectified, we will work with New York Waterway to return these ferries to operations as quickly as possible,” Capt. Jason Tama, commander of Coast Guard Sector New York, said in a statement.

NY Waterway spokesman Patrick Smith said there would be some delays during Monday morning’s commute, with some routes operating on a 20-minute frequency instead of the usual 10-minute time.

“NY Waterway regrets the inconvenience to our customers,” he said. “We are working with the Coast Guard to address this issue as quickly as possible.”

He deferred to the Coast Guard when asked what the issues with the vessels were.

There are 32,000 passenger trips on the ferries every weekday.