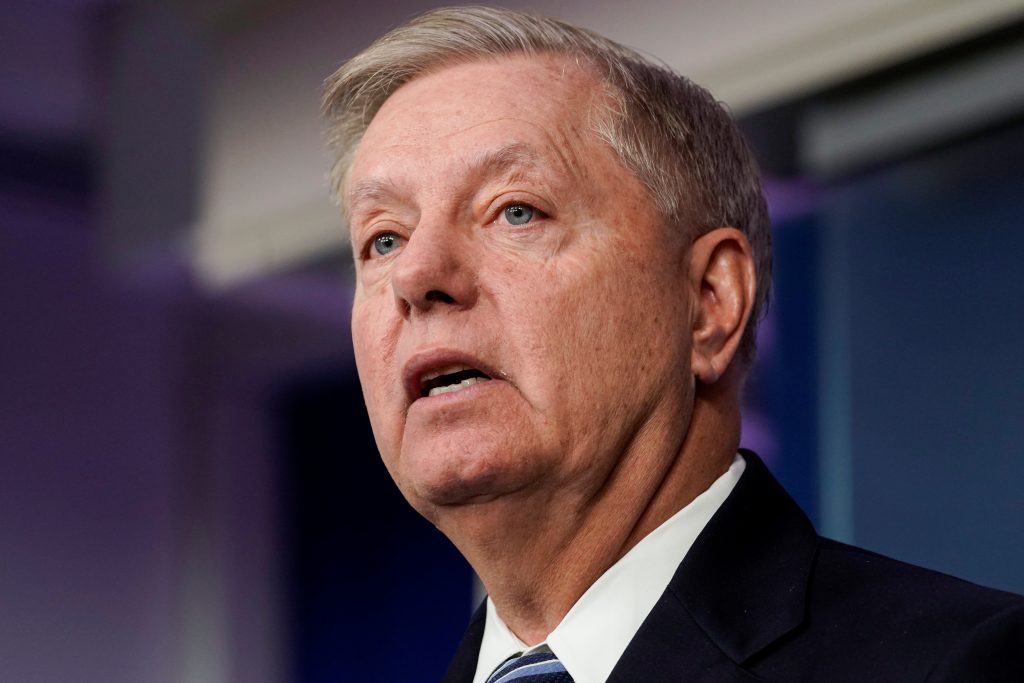 Graham’s inquiry is focused on any calls Biden may have had with Petro Poroshenko, then the Ukrainian president, regarding the firing of the country’s top prosecutor as well as any that referenced an investigation into Burisma, the Ukrainian natural gas company that employed Biden’s son Hunter Biden.

Graham’s document request suggests he is seeking to legitimize Trump’s accusations that Biden, then vice president, put pressure on Ukraine to fire its lead prosecutor to protect his son, a claim without evidence that has been disputed by officials familiar with the investigation.

Graham, one of Trump’s fiercest defenders on Capitol Hill, had previously said he supported an investigation of Biden, a 2020 presidential candidate, and his son as it pertains to their dealings in Ukraine, but said he wouldn’t use the Judiciary panel to conduct one.

In Graham’s letter to Pompeo – seemingly timed to coincide with the conclusion of the public impeachment inquiry hearings in the House – he asks for communications between Biden and Poroshenko as well as any between Devon Archer, a business partner of Hunter Biden, and then Secretary of State John Kerry on March 2, 2016, based on reporting that the two were scheduled to meet that day.

A former Kerry aide, who requested anonymity to speak about a private meeting, said that the meeting was “100 percent unrelated to Burisma” and included “no mention of business.” The aide characterized the meeting as a “courtesy hello to a 2004 alumni” of Kerry’s presidential campaign and said their exchange lasted no more than five minutes.

Graham does not provide a deadline for the State Department to produce these documents.

The allegation that Biden acted nefariously in pushing for the removal of Ukraine’s prosecutor is at the center of the impeachment inquiry against Trump. Trump asked Ukrainian President Voldodmyr Zelensky in a July 25 phone call to look into the Bidens – an attempt, Democrats charge, to use his power to strongarm a foreign leader into digging up negative information about a potential political opponent.

Throughout the House hearings, Republicans have sought to shift the narrative to focus on the Bidens. They asked for Hunter Biden to testify, which the Democrats rejected as irrelevant to the question of whether Trump abused his power.

Kurt Volker, a former envoy to Ukraine who Republicans asked to testify publicly, said during his hearing Tuesday that “allegations against Vice President Biden are self-serving and not credible.”

Taylor Reidy, a spokeswoman for Graham, said the chairman is seeking the documents because “Adam Schiff and the House Intel Committee have made it clear they will not look into the issues about Hunter Biden and Burisma.” Schiff, D-Calif., is chairman of the House Intelligence Committee.

“Graham is requesting documents which could shed additional light on that issue and hopes they will be able to answer some of the outstanding questions,” she said.