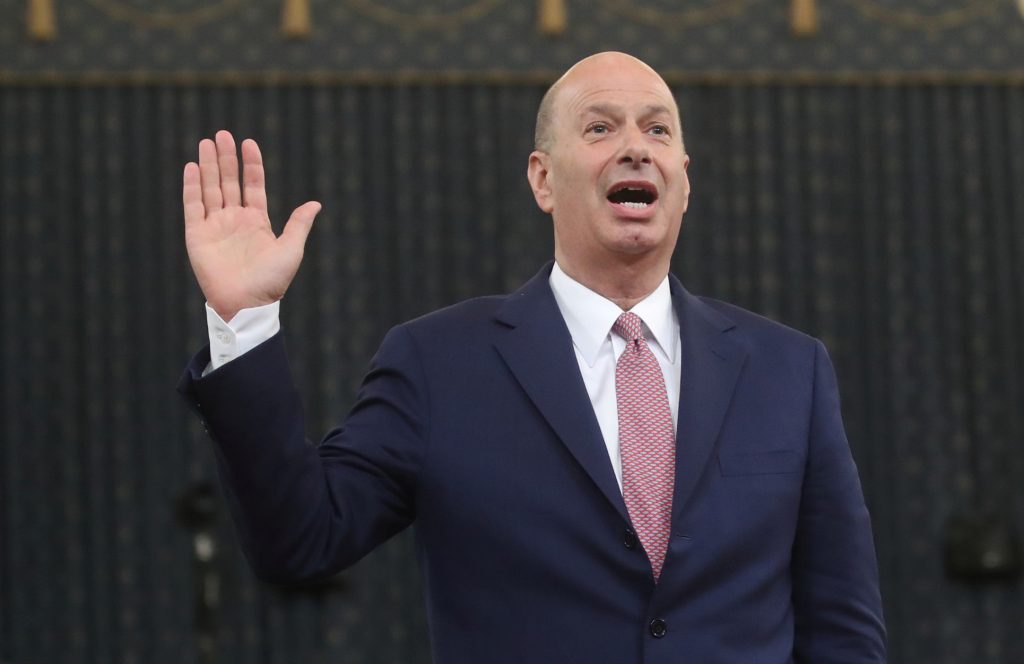 Ambassador Gordon Sondland confirmed for House impeachment investigators Wednesday that he spoke with President Donald Trump on a cellphone from a busy Kyiv restaurant the day after the president prodded Ukraine’s leader to investigate political rival Joe Biden.

Sondland, the most anticipated witness in the inquiry, also said he kept Secretary of State Mike Pompeo and other top administration officials aware of what was going on.

He said he specifically told Vice President Mike Pence he “had concerns” the military aid to Ukraine “had become tied” to the investigations.

“Everyone was in the loop,” Sondland testified in opening remarks. “It was no secret.”

The wealthy hotelier and Trump donor has emerged as a central figure in an intense week with nine witnesses testifying over three days. He has told lawmakers the White House has records of the July 26 call, despite the fact that Trump has said he doesn’t recall the conversation.

The ambassador’s account of the recently revealed call supports the testimony of multiple witnesses who have spoken to impeachment investigators over the past week.

Trump’s pressure on Ukraine to investigate Democrats as he was withholding military aid to the East European nation is at the center of the impeachment probe that imperils his presidency.