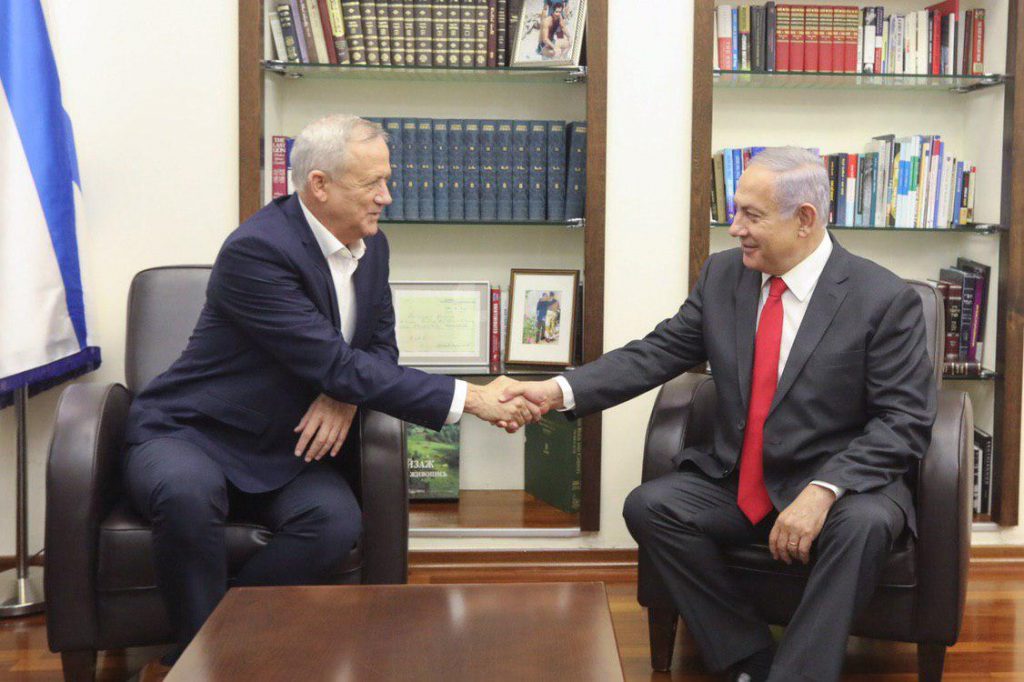 The prime minister responded to Blue and White leader Benny Gantz’s speech on Wednesday night blaming him for the failure to reach agreement on a unity government with an invitation to resume negotiations, while at the same time seeking to deflate the latter’s criticism.

Among other things, Gantz said in a broadcast address after notifying President Rivlin of his failure to form a government, “I asked the prime minister, who lost the election, to conduct direct negotiations, but I was met with insults, slander and childish videos.”

“The people chose me and my partners in Blue and White to lead Israel, and nobody has the right to thwart the people’s choice,” he asserted, referring to his party 33-32 edge over Likud.

“Benny Gantz, I will not address all the outlandish things you said about me tonight and your failure to form a unity government. It’s not because you insisted on breaking up the [right-wing] bloc. After all, as [Rabbi] Aryeh Deri revealed, you yourself turned to the chareidi parties and tried to coax them all in to join your [government]. You were ready to form a minority government with terrorist supporters who receive their guidance from Israel’s enemies. So let’s not tell stories,” Netanyahu chided.

“I answer you as follows: I am ready, without preconditions, to enter into an immediate discourse with you this evening to form a unity government. If we go together – we will succeed,” Netanyahu concluded.

Gantz’s mandate runs out at midnight, so it was unclear what rapprochement could be achieved or even attempted in so short a time, even if the two would meet.

Meanwhile, President Reuven Rivlin intends to inform Knesset Speaker Yuli Edelstein on Thursday that for the first time in Israeli history no candidate of the leading parties has been able to form a government, the president’s office said.

The Knesset will then have 21 days during which 61 MKs may recommend of their colleagues to form a government. If a candidate cannot be agreed upon, the Knesset will dissolve and elections will be held, the third in a year’s time.