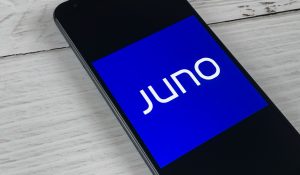 Israel-based Gett says that it is closing Juno “as a result of both Gett’s increased focus on the corporate transportation sector and the enactment of misguided regulations in New York City earlier this year.”

New York’s regulations include capping the number of ridesharing app licenses, establishing a minimum wage for drivers, limiting the amount of time these cars may cruise the streets without a passenger, and instituting a $2.75 fee for rides in parts of Manhattan. The regulations had raised the cost of rides and cut into ridership volumes.

As the prospect of profitability for Juno seemed distant, Gett decided it had became untenable to keep operating Juno.

Juno will be closed as of 6:00 p.m. Monday., the company wrote in an email to customers.

Juno had been Gett’s only presence in the United States, as the company has focused on corporate clients in Israel, Europe and Canada, where it says it provides transportation for over 15,000 corporations.

Under the new partnership with Lyft, Gett’s corporate customers traveling in the United States can hail rides through the Gett app, and be matched with a Lyft driver, starting early 2020.

“With this announcement, we reinforce our position as the leading corporate transportation service,” said Waiser. “Instead of competing with consumer ridesharing companies, we are partnering with them. Our strategic partnership with Lyft is a win-win: Gett is expanding its reach across North America at the same time as we continue to see strong momentum in Europe, while Lyft benefits from the large number of Gett enterprise clients traveling to the U.S.”

A Boro Park resident who asked to be identified only as Yossi told Hamodia he is disappointed at losing Juno.

“It’s a great service; their rides were often better-priced than Uber or Lyft,” said Yossi. “Now with a competitor gone, Uber and Lyft can raise prices.”

Yossi, who leaves work shortly before 6:00 p.m., said he will take one final ride with the app Monday evening.