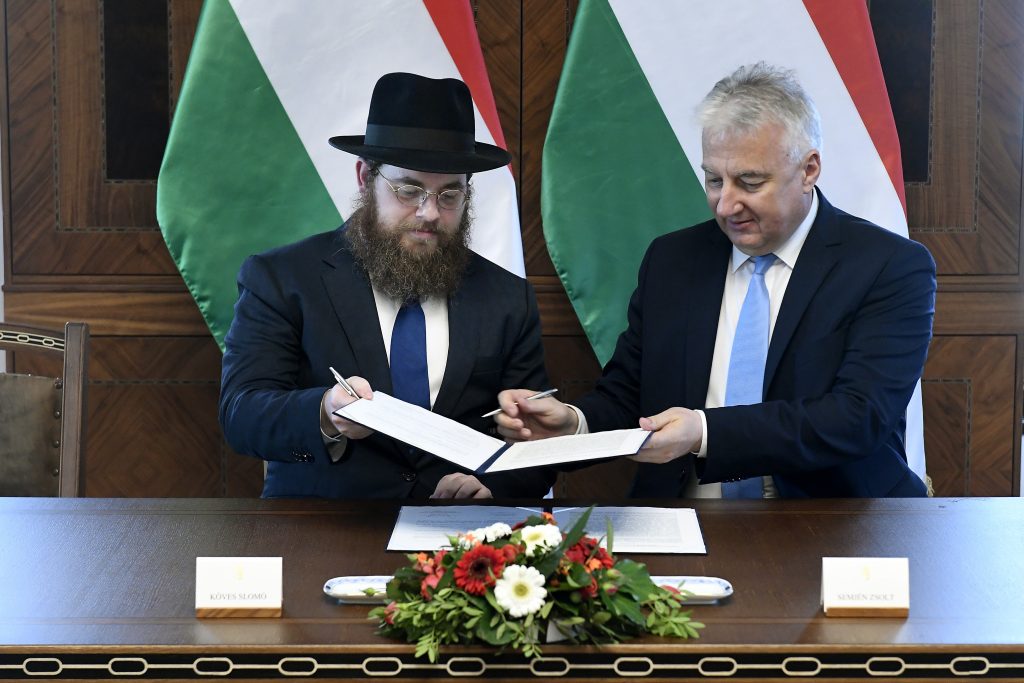 The Hungarian government has signed a special agreement with an Orthodox Jewish group, granting them a status in the country enjoyed only by a small number of churches.

The accord, for example, provides the Unified Hungarian Jewish Congregation’s institutions, such as schools, the same financing given to similar state institutions.

A controversial law introduced in 2012 by Prime Minister Viktor Orban’s government tied the recognition of churches to parliamentary approval, and slashed the number of officially recognized churches from around 370 to 32.

EMIH, the group’s Hungarian acronym, becomes the third Jewish religious organization to sign a special agreement with the government.