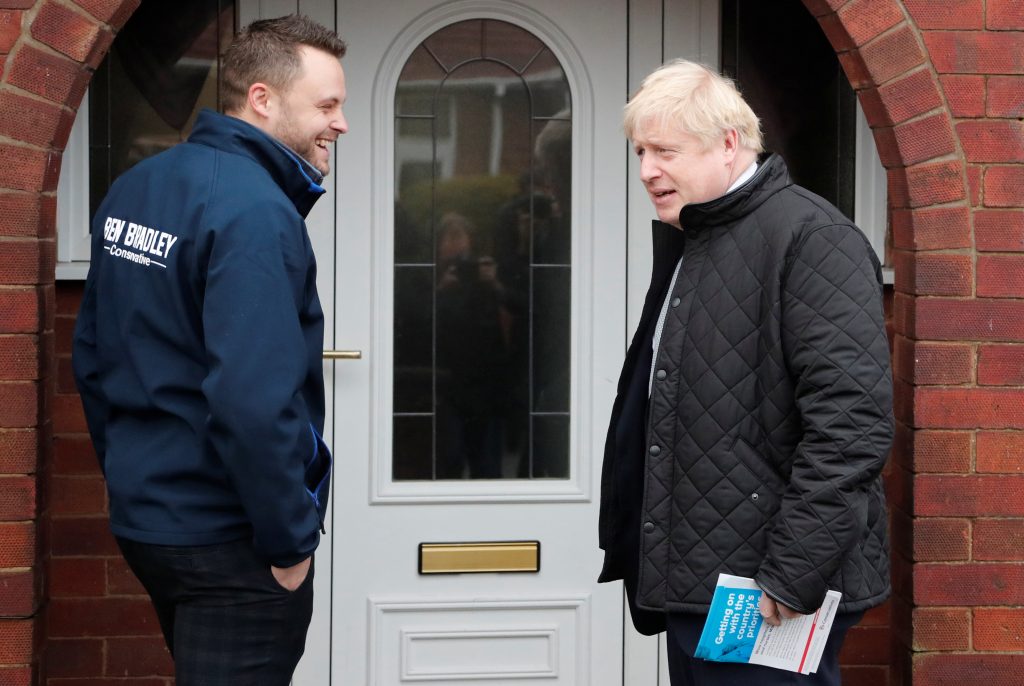 British Prime Minister Boris Johnson set out plans on Sunday to end preferential treatment for European Union migrants, as opinion polls showed his Conservative Party has the highest level of support since 2017 ahead of next month’s election.

The Dec. 12 election was called to break the deadlock over Brexit, more than three years after the country voted narrowly in favor of leaving the EU in a 2016 referendum.

Johnson hopes to win a majority to push through the last-minute Brexit deal he struck with the EU last month, while opposition Labour leader Jeremy Corbyn has promised to renegotiate the exit agreement and then hold another referendum.

Setting out their post-Brexit immigration policy, the Conservatives said they would treat EU and non-EU migrants the same from January 2021, including a five-year wait to obtain welfare payments and a surcharge to access health services.

“As we come out of the EU we have a new opportunity for fairness and to make sure all those who come here are treated the same. We will make our immigration system equal,” Johnson said in a statement.

Both parties are expected to publish their election manifestos this week, setting out in detail their full set of policies for government. Corbyn and Johnson are due to go head-to-head in their first broadcast debate on Tuesday evening.

Johnson failed to get his deal approved by parliament ahead of a Oct. 31 Brexit deadline, in part due to a rebellion by some of his own lawmakers over the speed at which he proposed to push through the legislation.

In an interview with the Sunday Telegraph, Johnson said all Conservative election candidates had pledged to vote for his Brexit deal in parliament. The Mail on Sunday reported Johnson plans a Brexit debate in parliament on Dec. 23 if he wins.

“If we get a majority Conservative government, we can deliver and there will be no more wrangling or dither or delay,” Johnson told the Sunday Telegraph.

Asked about whether Labour would continue freedom of movement after Brexit, party leader Corbyn told BBC TV there would be “a great deal of movement” but the detail of their planned immigration policy would be in the election manifesto.

Corbyn also said he would not form a coalition government if his party fails to secure a majority in parliament.

Asked about possible demands for a Scottish independence referendum in return for the support of the Scottish National Party (SNP) if Labour is short of a majority, Corbyn told BBC TV: “We are not doing deals with anybody.”

“We are not forming coalition governments, we will put forward the program on which we will have been elected,” he said. “The SNP will have a choice, do they want to put Boris Johnson back in … or are they going to say a Labour government will deliver for Scotland.”