Study: Stents No Better Than Drugs for Many Heart Patients 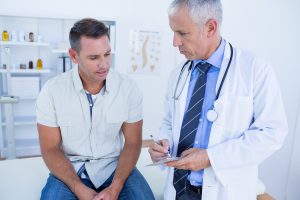 Many patients with severe but stable heart disease who routinely undergo invasive procedures to clear and prop open clogged arteries would do as well by just taking medications and making lifestyle changes, U.S. researchers reported on Saturday.

If adopted into practice, the findings could save hundreds of millions of dollars a year in health-care costs, researchers said.

The $100 million government-backed study, presented at the American Heart Association (AHA) meeting in Philadelphia, is the largest yet to look at whether procedures to restore normal blood flow in patients with stable heart disease offers an added benefit over more conservative treatment with aspirin, cholesterol-lowering drugs and other measures.

At least two prior studies determined that artery-clearing and stenting or bypass surgery in addition to medical treatment does not significantly lower the risk of heart attacks or death compared with non-invasive medical approaches alone.

Many cardiologists are reluctant to change practice in part because patients who get stents to keep the artery open report feeling better right away, experts said.

NYU Langone cardiologist Dr. Judith Hochman, who chaired the study, estimated that some 500,000 new patients a year are diagnosed with stable coronary artery disease, in which heart arteries narrowed by fatty deposits cause periodic angina, or chest pain, typically after exercising or emotional distress.

Current guidelines recommend that patients with severe narrowing of their arteries have heart bypass surgery or a stent implanted to restore blood flow. Stents are tiny tubes that keep the artery open after blockage-clearing angioplasty.

“There’s always been a fear that if you don’t do something quickly, they will have a heart attack or drop dead,” Hochman said.

The 7-year, 5,179-patient ISCHEMIA study did not show a significant benefit from that course of action.

“For those with mild or no chest pain, there’s really not a role for immediately stenting,” Hochman said.

Just eliminating unnecessary stenting procedures could save the U.S. health-care system $570 million annually, said Stanford University School of Medicine cardiologist and study co-chair Dr. David Maron. He estimates the cost per stenting procedure at about $25,000 and bypass surgery at $45,000.

“I would hope this would change practice,” said Dr. William Boden of the VA New England Healthcare System, another study author. “We are wasting a lot of money.”

The main goal of the trial was an overall reduction in deaths, heart attacks, hospitalization for unstable chest pain or heart failure and resuscitation after cardiac arrest.

On these measures, the addition of stenting or bypass surgery to reroute blood flow around the arterial blockage was no better at reducing the adverse events than medical therapy alone. The invasive treatments did result in better symptom relief and quality of life in those who had frequent chest pain.

The trial, sponsored by the National Heart, Lung and Blood Institute, involved patients with moderate to severe but stable ischemia – a condition in which clogged arteries are not able to supply the heart with enough oxygen-rich blood.

Everyone received medicines and lifestyle advice, while half also had one of the invasive procedures.

Cleveland Clinic cardiologist Dr. Steven Nissen was convinced. “We can reserve these interventions for people who truly fail medical therapy,” he said.

Experts said the study was well done, and its findings will be hard to ignore. But it may take several years for the changes to filter into practice, especially in community settings, said Dr. Ashish Pershad, an interventional cardiologist at Banner – University Medicine Heart Institute in Phoenix.

The findings do not apply to all heart patients, including those with blockages in the left main coronary artery, Hochman said. And, she added, “if you’re having a heart attack, stents save lives.”