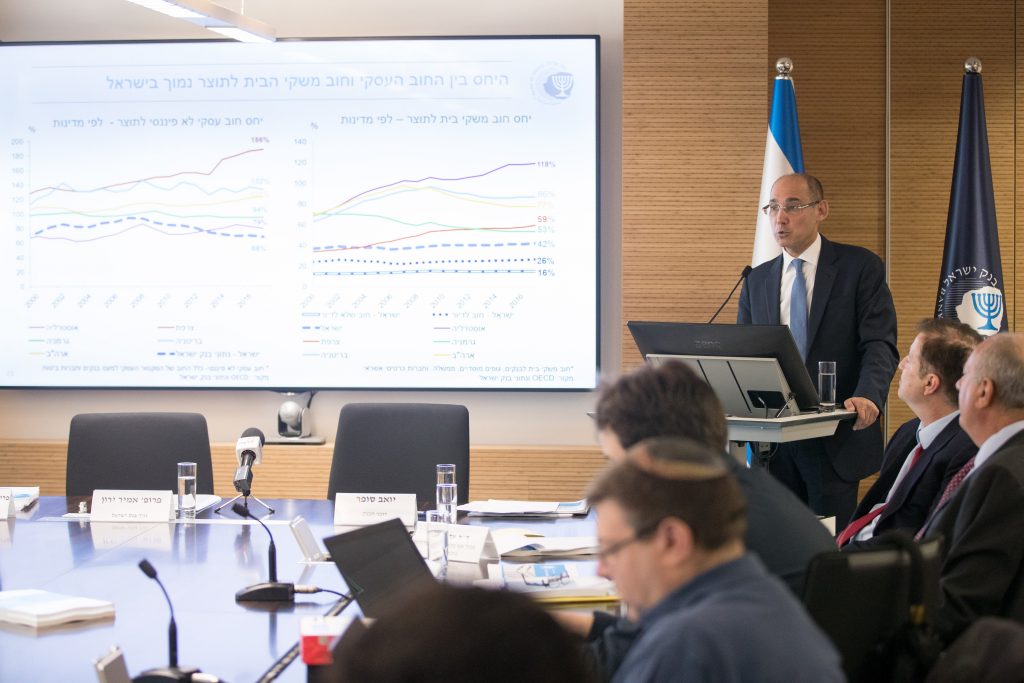 The Israeli economy’s performance in recent months far surpassed expectations, according to figures released by the Central Bureau of Statistics on Sunday.

Growth hit 4.1 percent in the third quarter, contravening the pessimistic predictions of market analysts who said growth would be around 2.6-2.8 percent.

Among other things, the CBS report will make a Bank of Israel Monetary Committee decision to cut the interest rate at the end of the month less likely, said Globes.

The increase in GDP was attributed chiefly to consumer spending for the Chagim and larger gross investment in inventory. Growth would have been even higher had it not been for the U.S.-China trade war, which was blamed for an estimated 3.6 percent loss in exports of goods and services.

Private sector product led the growth surge, up 5 percent in the third quarter, pacing public consumption (by the government and the local authorities) at 4.2 percent, and private consumption at 2.8 percent.

However, investment in fixed assets were down 6.1 percent.

Vehicle imports, which slid badly in the second quarter, rebounded, contributing 0.4 percent to the rate of growth in the third quarter.

Given the new data, the Bank of Israel will probably not lower the interest rate to 0. percent, as had been anticipated. In its last interest rate announcement, the Bank said it would consider lowering the rate in its next decision.

At that time, two of the five Monetary Committee members favored cutting the rate before the next review, in early October. In the end, the committee left the rate unchanged by a vote of three to two.