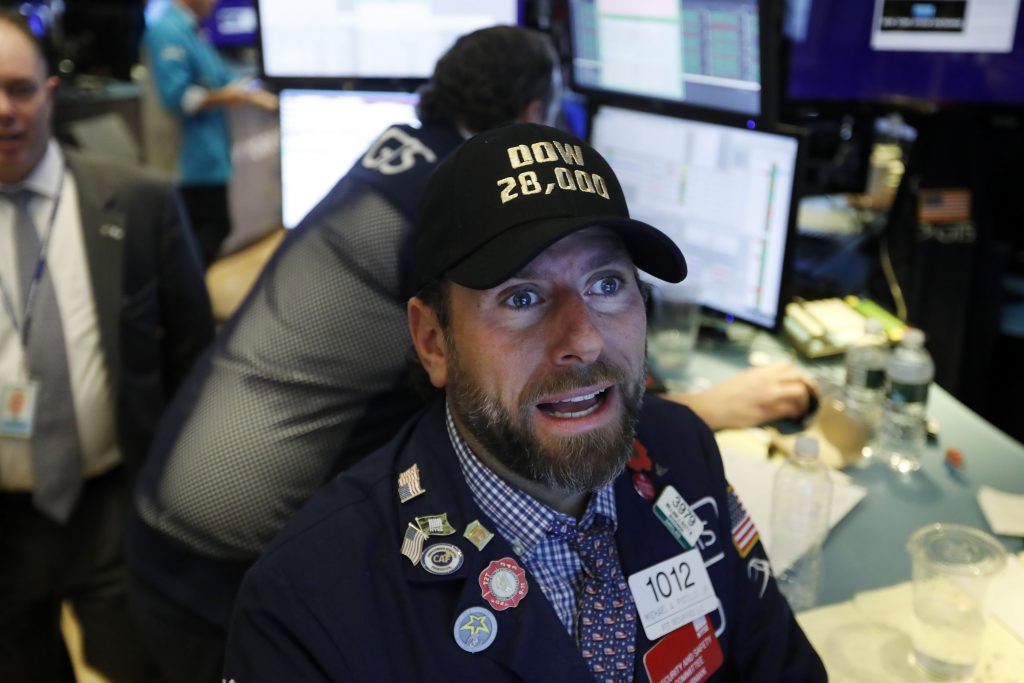 The U.S. stock market has reached another milestone, as the Dow Jones Industrial Average passed the 28,000 threshold for the first time, extending its gain for the year to 20%.

Apple Inc. led the rally, surging 68% in 2019 as the best performer in the 30-stock gauge. The iPhone maker has the third-highest weighting in the Dow average.

While reaching all-time highs is nothing new for stocks this year, sentiment often gets an extra boost when major gauges take out round numbers, particularly from retail investors. Along with Apple, other household names in the blue-chip index have been surging. Microsoft Corp., Home Depot Inc. and Walt Disney Co. are among the almost one-third of Dow members up at least 30% this year.

“When you have a market breaking new highs at the end of the year and breaking psychological barriers, that can create a situation where there’s FOMO, fear of missing out,” said Matt Maley, an equity strategist at Miller Tabak & Co. “For the individual investors, it gives them more confidence.”

Sentiment is improving as the U.S. and China are poised to sign the first phase of a trade deal and after the Federal Reserve lowered interest rates three times this year. Fears the economy is headed toward a recession have receded. In their place are hopes for a pick-up in growth.

While some strategists have warned about downside risk, including falling earnings and lingering uncertainty over trade, Willie Delwiche at Baird suggested the typical year-end buoyancy around holidays is likely to sustain market momentum over the short term.

“At what point does that optimism become too excessive and lead to or necessitate a bit of a pullback,” Delwiche, an investment strategist at Baird, said by phone. “Optimism usually runs high this time of year, and so maybe the party can last a little longer than people are expecting.”