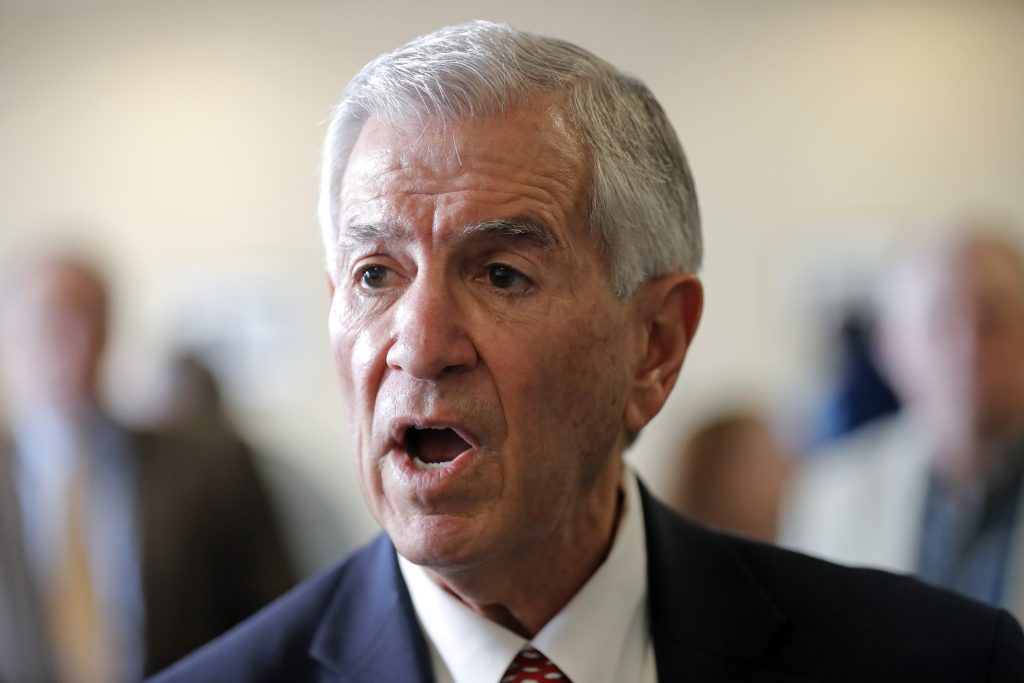 In a race that has become a nail-biter, Louisiana Gov. John Bel Edwards battled Saturday to defy the partisan odds in the ruby red South and win reelection to a seat that President Donald Trump desperately wants returned to Republicans.

Trump has made the runoff election between the Deep South’s only Democratic governor and GOP political donor and businessman Eddie Rispone a test of his own popularity and political prowess heading into the 2020 presidential race. On Saturday Trump went on Twitter in a vigorous plug for Rispone.

“Get out and VOTE for @EddieRispone to be your next Gov!” he said in one tweet. In others, Trump provided a link to polling locations and said: “LOUISIANA, VOTE @EddieRispone TODAY! He will be a great governor!”

The president particularly wants to capture Louisiana’s governorship for the GOP after Democrats ousted a Republican incumbent in Kentucky despite Trump’s intervention for the GOP. Trump made three trips to Louisiana to rally against Edwards.

But in targeting Louisiana’s moderate Democratic incumbent, Trump is trying to replace a governor who still maintains positive approval ratings and who has managed to keep the competition far tighter than Republicans want.

Polls in Louisiana close at 8 p.m.

Rispone was not among the top-tier candidates GOP leaders hoped would challenge Edwards. The 70-year-old owner of a Baton Rouge industrial contracting company had never run for office and had little name recognition. He hitched his entire candidacy to Trump, introducing himself in ads that focused on support for the president.

“If Eddie Rispone pulls this off, Trump will be an extraordinarily important factor,” said Pearson Cross, a political science professor and associate dean at the University of Louisiana at Lafayette. “Without Donald Trump weighing in heavily in this race, I’m not sure that this race would be this close.”

Both parties spent millions on attack ads and get-out-the-vote work, on top of at least $36 million spent by candidates. Republicans sought to prove that Edwards’ longshot victory in 2015 was a fluke, against a flawed GOP opponent hobbled by a scandal. Democrats wanted to show they could win conservative states with the right candidates.

Trump and Rispone tried to nationalize the election in a state the president won by 20 percentage points. But the 53-year-old Edwards, a former state lawmaker from rural Tangipahoa Parish, isn’t exactly a national Democrat.

The West Point graduate and former Army Ranger opposes gun restrictions, and talks of working well with Trump. He dismissed the president’s support for Rispone as Washington partisanship.

“They talk about I’m some sort of a radical liberal. The people of Louisiana know better than that. I am squarely in the middle of the political spectrum,” Edwards said. “That hasn’t changed, and that’s the way we’ve been governing.”

The Democrat highlighted his bipartisan work with the majority-GOP state Legislature to end years of budget crises, pass the first K-12 statewide teacher raise in a decade and overhaul criminal sentencing laws.

While Edwards focused on state-specific issues, his supporters and the Democratic Party used Trump’s backing of Rispone to bolster efforts to get black voters and anti-Trump voters to the polls.

The president’s repeated visits appeared to drive turnout, for both candidates.

“I do not agree with what Rispone advocates,” she said. “I also don’t want Trump coming here and telling me who to vote for.”

Republican David Trahant, a 71, a retiree, said he supports the president, but didn’t think Trump necessarily influenced his decision to vote for Rispone in Jefferson Parish.

“I believe Rispone can do well for the state,” he said.

Rispone says he’s like Trump, calling himself a “conservative outsider” whose business acumen will help solve Louisiana’s problems. He offered few specifics about his agenda. He promised tax cuts, without saying where he’d shrink spending, and he pledged a constitutional convention, without detailing what he wanted to rewrite.

“We want Louisiana to be No. 1 in the South when it comes to jobs and opportunity. We have to do something different,” Rispone said. “We can do for Louisiana what President Trump has done for the nation.”

Rispone poured more than $12 million of his own money into the race.

He struck at Edwards for tax hikes used to balance Louisiana’s budget, saying they were driving people and companies from the state and stagnating the economy. Rispone disparaged Edwards as a “trial lawyer,” suggesting he’s anti-business.