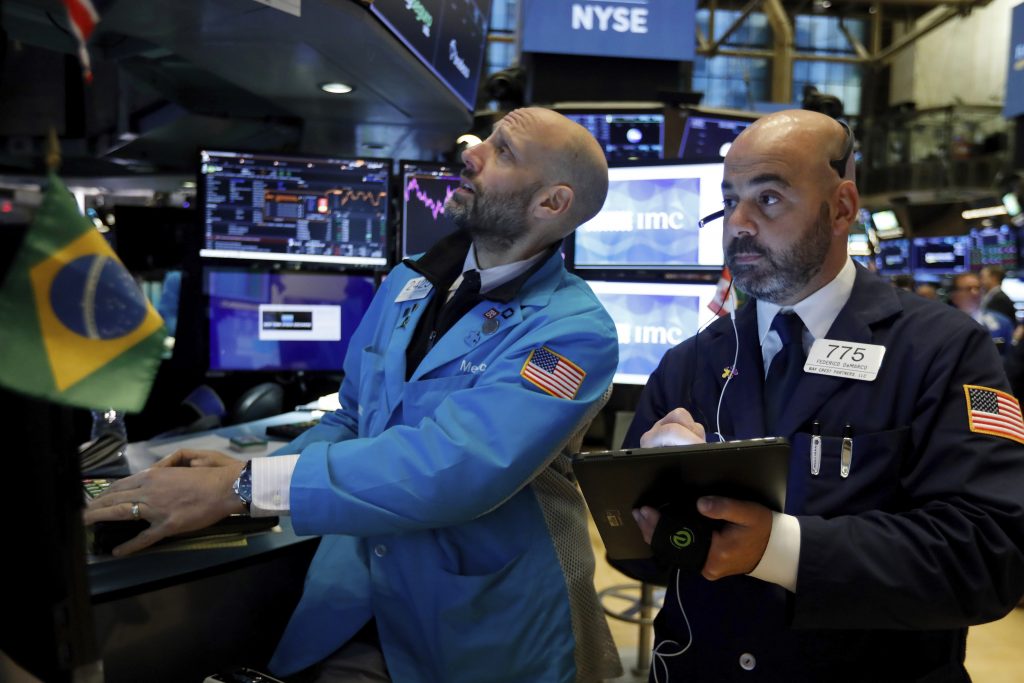 Stocks moved higher on Wall Street and headed for records on Friday after U.S. officials said they were making progress in the latest push for a trade agreement with China.

The market has been sensitive to any developments on U.S.-China trade talks. Investors hope the world’s two biggest economies can make a deal before new and more damaging tariffs take effect next month.

Technology stocks were the biggest winners. Companies in the sector are particularly sensitive to swings in trade sentiment because many of them rely on China for sales and supply chains. Applied Materials surged 10% on solid earnings.

Bond prices fell and pushed yields higher, signaling that investors were shifting away from safe-play holdings. The yield on the 10-year Treasury rose to 1.83% from 1.81% late Thursday.

SLOW AND STEADY: The S&P 500 is headed for a sixth straight weekly gain. The index has set records and extended its streak during a week of mostly listless trading. It’s on track to top its record close of 3,096.63 from Thursday.

The Dow is on track for its fourth week of gains. It is poised to beat its record close of 27,783.59, which it set on Wednesday.

The Nasdaq could also potentially beat its record of 8,486.09, which it set on Tuesday.

BUFFETT BUMP: Luxury retailer RH rose 6.2% and energy company Occidental Petroleum gained 3% after Warren Buffett’s company disclosed that it had picked up shares of both companies.

BIG FISH: Amarin jumped 6.4% after a government advisory panel recommended broader use of its fish oil-based heart disease drug Vascepa. Financial analysts predict that broader use of the drug could translate into billions in sales.