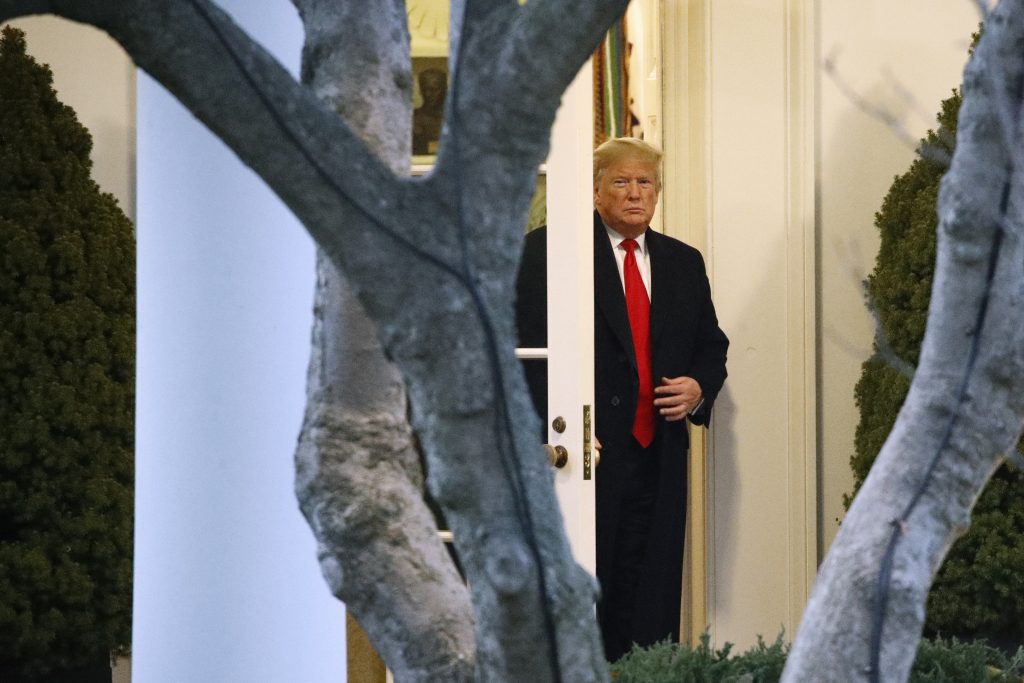 President Donald Trump is asking the Supreme Court to block a subpoena for his tax returns.

The filing Thursday sets the stage for a high court showdown over the tax returns Trump has refused to release, unlike every other modern president. The justices also could weigh in more broadly on Trump’s claim that sitting presidents can’t be prosecuted or investigated for crimes.

The subpoena from the Manhattan district attorney is seeking Trump’s tax returns back to 2011 from his accounting firm as part of a criminal investigation. Trump’s lawyers say a criminal probe of the president at the state or local level is unconstitutional and unprecedented in American history.

“Allowing the sitting president to be targeted for criminal investigation — and to be subpoenaed on that basis — would, like an indictment itself, distract him from the numerous and important duties of his office, intrude on and impair Executive Branch operations, and stigmatize the presidency,” said the brief signed by Jay Sekulow.

Lower courts have so far rejected Trump’s claims of immunity.

Trump wants the court to decide the case by late June, under a deal to keep the district attorney from enforcing the subpoena in the meantime. The justices may not decide whether to hear the case for at least another month.

A second, similar case is headed to the court over a House committee subpoena demanding Trump’s financial records from the same accounting firm. The president has lost both cases at each step of the judicial system so far.

The Mazars USA firm has said it will comply with the subpoenas, if courts agree.