Israel Netanyahu to Liberman: ‘I Want to Know the Truth’
Israel 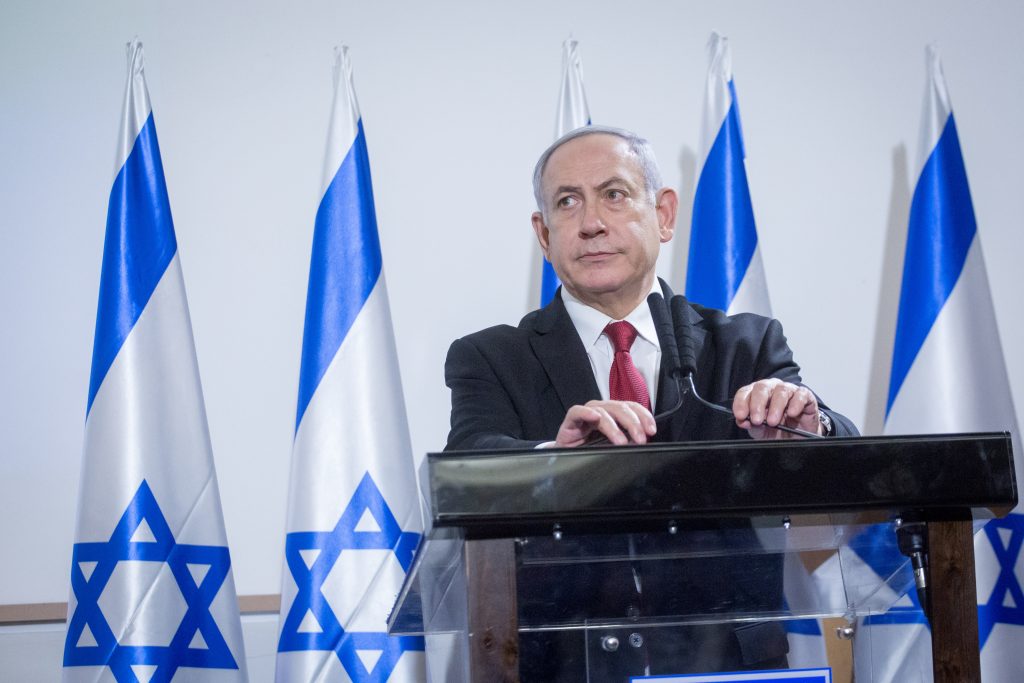 Ahead of a planned meeting on Sunday with Yisrael Beytenu leader Avigdor Liberman, Israeli Prime Minister Binyamin Netanyahu asked him if he was serious about allying with the Arab Joint List in support of a Blue and White-led coalition.

Netanyahu put the question bluntly in a video released on Thursday:

“I definitely believe there is no reason to go to a new election. A national unity government can be formed. But before my meeting with Avigdor Liberman, I want to ask him a simple question and get a clear answer. Yvette [his Russian name], will you and your faction vote against forming a government that relies on the support or abstention of Knesset members from the Joint List that you define as a 5th Column?

“I want to know the truth. Are you really prepared to jeopardize Israel’s security and establish a government that relies on Ahmed Tibi and Ayman Odeh? Enough with these dangerous games. Give me a clear answer – yes or no? ”

After a lull of a couple of hours, Liberman responded:

“Mr. Prime Minister, before you demand any commitments from me, you will pledge to the people of Israel that you will not take the State of Israel to a third election this year,” Liberman said.

” Besides over the years, you are the one who has had a close relationship with Ahmed Tibi, including the Wye River Memorandum. You are the one who, after the April 2019 elections, tried to form a government with Avi Gabbai while working closely with the Joint List, and the person closest to you, Nathan Eshel, published two articles thanks to the cooperation with those Arabs you are talking about who you apologized to after the 2015 elections,” Liberman added.

Later on Thursday, Joint List head Ayman Odeh had his say: “Forget Liberman. After a decade of Netanyahu rule, does anyone feel more secure?” he tweeted.

Head of the left-wing Democratic Union party Nitzan Horowitz also volunteered a thought: “If it [the choice] is either a government with [Prime Minister] Netanyahu or more elections – I take option b.”

With only six days left for Benny Gantz to form a government, President Reuven Rivlin wants to meet with party leaders soon to try and find a way out of the current impasse, Channel 12 reported on Thursday.

Rivlin will also be talking with chareidi party leaders and the Arab MKs, according to the report.

Meanwhile, on the lighter side of coalition-making, Labor-Gesher chief Amir Peretz said his party has reached “dramatic agreements” with Blue and White.

The agreements include a significant rise in the minimum wage; an end to employment of workers in the public service as independent contractors rather than full employees; free public education from infancy; a plan to end the housing shortage; and full funding for a program to combat violence against women.

The merged parties of Labor and Gesher won only 6 seats in the September election, and even assuming they will support Blue and White, it will not be sufficient to form a majority.