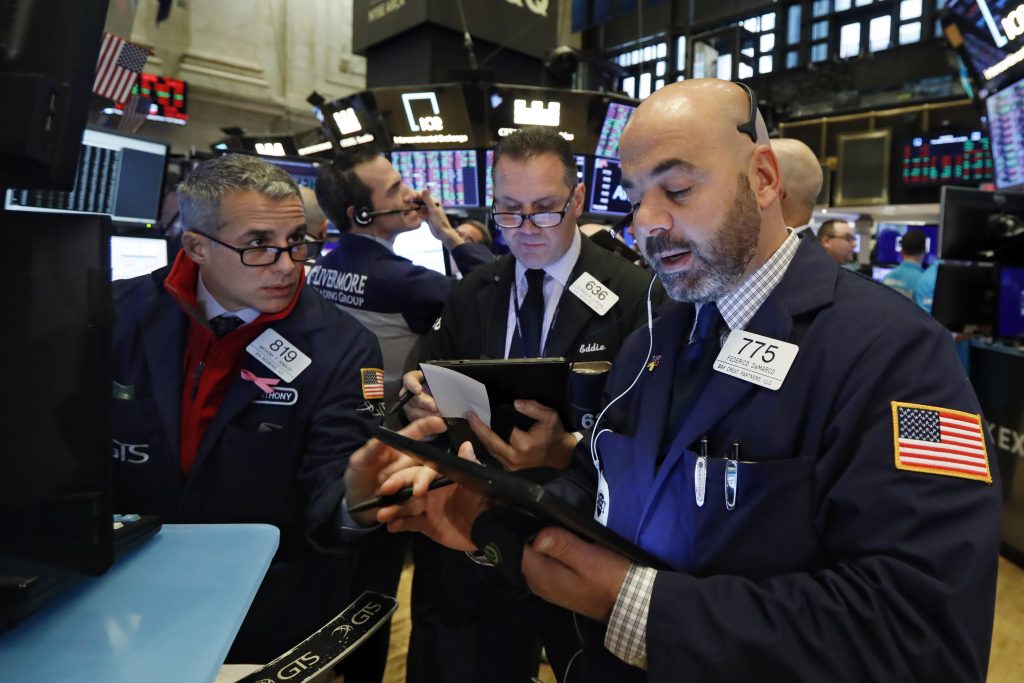 Major U.S. stock indexes fell slightly in afternoon trading Thursday as the market pulled back a day after hitting another all-time high.

Stocks were evenly split between gainers and losers on the S&P 500 index, but a big drop from internet gear maker Cisco dragged on the broader market. Walmart, which had been solidly higher earlier, veered slightly lower.

Investors turned more cautious as talks between the U.S. and China on a trade deal appear to hit some snags. China is pressing Washington to roll back tariffs as part of potential deal that the nations are currently negotiating.

President Donald Trump has been dismissive about any change on tariffs while negotiations continue. The latest potential hurdle comes a day after reports said that China is reluctant to commit to a specific amount of U.S. farm good purchases.

Investors hope that both nations can come to some sort of an agreement to avert new and potentially more damaging tariffs that are scheduled to take effect in the middle of next month. Those new tariffs would hit some popular consumer products, such as electronic devices, as well as everyday goods.

Retailers and other companies that rely on consumer spending held up best. Lowe’s rose 1.3% and Target added 1.8%.

The broader market has been gaining ground for weeks on hopes that the U.S. and China can make progress in their latest push for a deal. Investors have also been encouraged by surprisingly good corporate earnings and data showing the economy is still growing solidly.

The U.S. is the world’s second largest poultry exporter, with global exports of poultry meat and products of $4.3 billion last year. The U.S. Department of Agriculture estimates that more than $1 billion in poultry could be exported to China annually.

BAD CONNECTION: Cisco Systems slumped 7.7% after the seller of routers, switches and software issued a weak revenue forecast for its fiscal second quarter.